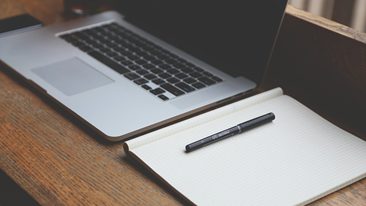 The majority of South of Scotland businesses are positive about the future of the region’s economy, a new regional survey has revealed.

As the recovery from COVID-19 continues, the South of Scotland Business Panel Survey found 63% of businesses and social enterprises were optimistic about the region’s economic outlook for the next 12 months, while four out of five businesses questioned were positive about their own prospects in the next year.

The survey is the first of its kind to be carried out in the South of Scotland, and saw 600 businesses and social enterprises from across the region and from various sectors asked their thoughts on a series of important topics such as performance, innovation, workforce, operating levels and Brexit impact.

Commissioned by South of Scotland Enterprise and conducted by Ipsos MORI, the survey also aimed to establish a business panel to take part in future research. Over 200 businesses have signed up to take part initially, with this number expected to rise in the coming months.

Key findings from the survey – which took place during June and July 2021 – included:

The full report is available at www.southofscotlandenterprise.com/business-surveys.

“As the first Business Panel Survey undertaken in the South of Scotland, these findings provide an excellent baseline for us to measure the current mood of the business community in the region.

“Moving forward, it will also provide vital evidence throughout the year to ensure what South of Scotland Enterprise and partners are offering businesses and social enterprises meets their needs.

“It is encouraging to see the majority of businesses being optimistic after the devastating impact of COVID, and respondents also using this experience to think about operating more innovatively.

“The survey does also highlight some areas of concern such as workforce issues, which has already been recognised nationally by the launch of a national recruitment drive this summer for tourism and hospitality sectors, which SOSE has supported.

“Our message as ever to businesses and community groups across the South of Scotland is if you have an idea or challenge you want to progress please come and talk to us.”

“I am delighted our first recruitment for the South of Scotland Business Panel has seen over 200 businesses and social enterprises agree to take part.

“These organisations will help SOSE and Team South of Scotland partners to really understand the issues on the ground. This in turn will help inform our discussions with Scottish Government and other public sector agencies on how to ensure our region becomes a centre of opportunity, innovation and growth.

“We want more businesses and social enterprises to be part of the business panel to ensure we have full representation of all sectors and areas of the South, so if you are interested please get in touch.”

If interested in the South of Scotland Business Panel please get in touch via email at businesspanel@sose.scot.