13 Million See South Of Scotland On The Small Screen 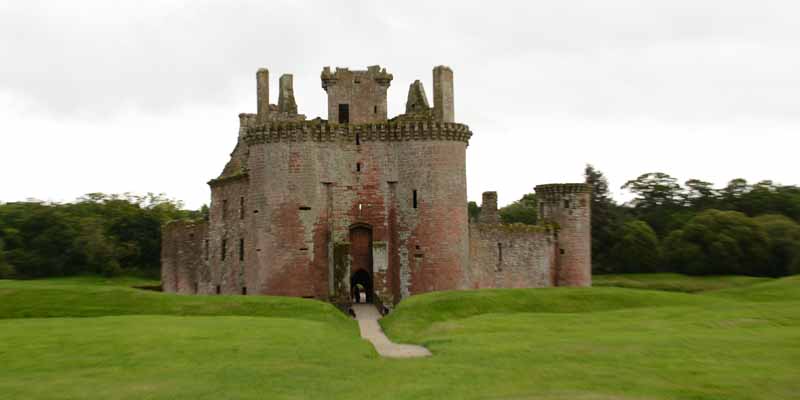 A series of adverts bringing to life the unique experiences on offer across the Scottish Borders and Dumfries & Galloway reached almost 13million people across the UK when they aired on Channel 4 earlier this year.

The adverts, developed by VisitScotland in collaboration with Expedia as part of the See South Scotland campaign, aired to audiences in North of England and London on Channel 4 in March 2020 and May and June 2021, as part of the national tourism organisation’s first ever regional TV advertising campaign.

The TV adverts – which originally aired last year and were then put on hold due to the COVID-19 pandemic and travel restrictions – encouraged visitors to book a spring or summer break in the South of Scotland by driving visitors to regional content on Expedia.co.uk

Overall, the campaign has resulted in almost £400,000 worth of bookings to the region via Expedia, the purchase of more than 1,000 tickets and the booking of more than 2,400 room nights, with the majority of these stays taking place within 90 days of the booking.

The three 30-second television adverts, which were filmed in February last year by Oscar-nominated production company The Chase, focused on the themes of lifestyle, adventure, and food and drink. They aired during popular programmes such as Location,Location,Location and The Great Garden Revolution.

Tourism businesses in the Scottish Borders which played a starring role in the adverts included The Borders Distillery in Hawick, Provender restaurant in Melrose, Abbotsford the Home of Sir Walter Scott near Melrose, Cocoa Black chocolate boutique in Peebles and Rib Rides St Abbs.

VisitScotland Regional Leadership Director Paula Ward said: “These adverts showcase some of the hardworking individuals and businesses that make the Scottish Borders and Dumfries & Galloway the special place that it is for visitors. The South of Scotland has always been a popular destination with UK residents so we were delighted to be able to bring back these adverts to the small screen during the summer months, providing a much-needed boost for the tourism industry.

“The See South Scotland campaign highlights that the experience of Scotland starts from the moment visitors cross the border and enter the South of Scotland, where they can immerse themselves in unique Scottish experiences right across the Scottish Borders and Dumfries & Galloway.

“VisitScotland is focused on the recovery of the industry, building a destination and visitor experience which allows tourism and events to flourish now and in the future. Tourism is a force for good – creating economic and social value in every corner of Scotland and enhancing the wellbeing of everyone who experiences it.”

EVELINA HEDERER, DIRECTOR OF BUSINESS DEVELOPMENT AT EXPEDIA GROUP MEDIA SOLUTIONS, SAID: “IT HAS BEEN A PLEASURE TO INTRODUCE THIS BEAUTIFUL CONTENT TO EXPEDIA’S AUDIENCE OF HIGHLY ENGAGED TRAVEL SHOPPERS AND SEE THEM ENGAGE WITH THE CAMPAIGN THROUGH OUR DEDICATED LANDING PAGE AND DIGITAL ADVERTISING PLACEMENTS. WE’RE DELIGHTED TO SEE THIS COLLABORATION RAISE AWARENESS FOR THE SOUTH OF SCOTLAND AND MORE IMPORTANTLY, DRIVE DEMAND TO HOTELS AND OTHER BUSINESSES ACROSS THE REGION DURING SUCH A CHALLENGING TIME FOR THE TOURISM SECTOR.”

DR SIMON DAVIDSON, PETER PAN MOAT BRAE CENTRE DIRECTOR, SAID: “WE WERE DELIGHTED THAT THESE ADVERTS WERE ABLE TO AIR AGAIN OVER THE SUMMER MONTHS, BOOSTING OUR VISIBILITY AND SHINING A SPOTLIGHT ON THE TREASURES ON OFFER IN THIS ACCESSIBLE CORNER OF THE COUNTRY.

“HAVING A NATIONAL PRESENCE ON TELEVISION ENSURED A FAR-REACHING IMPACT AND WE DEFINITELY HAD A BUSIER SUMMER AS A RESULT. MOAT BRAE CERTAINLY BENEFITTED FROM UK NATIONALS OPTING TO STAY ON HOME SOIL AND HAVE A FANTASTIC EXPERIENCE HERE AT THE BIRTHPLACE OF PETER PAN. IT HAS BEEN A DIFFICULT TIME FOR VISITOR ATTRACTIONS ACROSS THE SOUTH OF SCOTLAND BUT WE REMAIN OPTIMISTIC ABOUT THE FUTURE AND THE VISITSCOTLAND CAMPAIGNS HAVE BEEN CRITICAL IN GETTING THE MESSAGE OUT THERE THAT WE ARE OPEN FOR BUSINESS.”

Giles Ingram, Chief Executive at Abbotsford, the home of Sir Walter Scott, said: “It has been a difficult time for everyone in the tourism industry and anything which aids economic recovery and bring visitors to the region is very welcome.

“THIS YEAR IS THE 250TH ANNIVERSARY OF THE BIRTH OF SIR WALTER SCOTT AND ABBOTSFORD HAS BEEN WORKING ON A TEN-YEAR STRATEGY TO GROW VISITOR NUMBERS YEAR ON YEAR, WITH 2021 A KEY MILESTONE.  DUE TO THE PANDEMIC, WE LOST A YEAR IN OUR GROWTH PLANNING. CAMPAIGNS SUCH AS SEE SOUTH SCOTLAND AND SCOTLAND STARTS HERE ARE IMPORTANT TO OUR RECOVERY PLANS.”

JOHN FORDYCE, OWNER, BORDERS DISTILLERY, SAID: “THE RESTARTING OF THE VISITSCOTLAND TV AD CAMPAIGN WAS REALLY EXCITING FOR US. IT IS GREAT TO SEE WIDER EXPOSURE FOR THE BEAUTIFUL SCENERY AND AMAZING EXPERIENCES TO BE ENJOYED ACROSS THE SOUTH OF SCOTLAND. WHILST TARGETED DIGITAL ACTIVITY REMAINS AN IMPORTANT PART OF OUR MARKETING, THERE’S STILL NOTHING QUITE LIKE THE MASS AWARENESS AND REACH CREATED BY A GREAT TV AD.”

Galloway Activity Centre Director, Richard Hermon, said: “We received a high volume of bookings and enquiries from the domestic market this season. I hope that by seeing the region come to life on screen, people will keep the South of Scotland in mind as a destination for future visits and holidays and the advertising will have a knock on effect into next year and beyond.”

For more information on the See South Scotland campaign, go to: www.visitscotland.com/seesouthscotland

For more information on how to get involved, visit https://www.visitscotland.org/supporting-your-business/marketing/toolkits/south-of-scotland