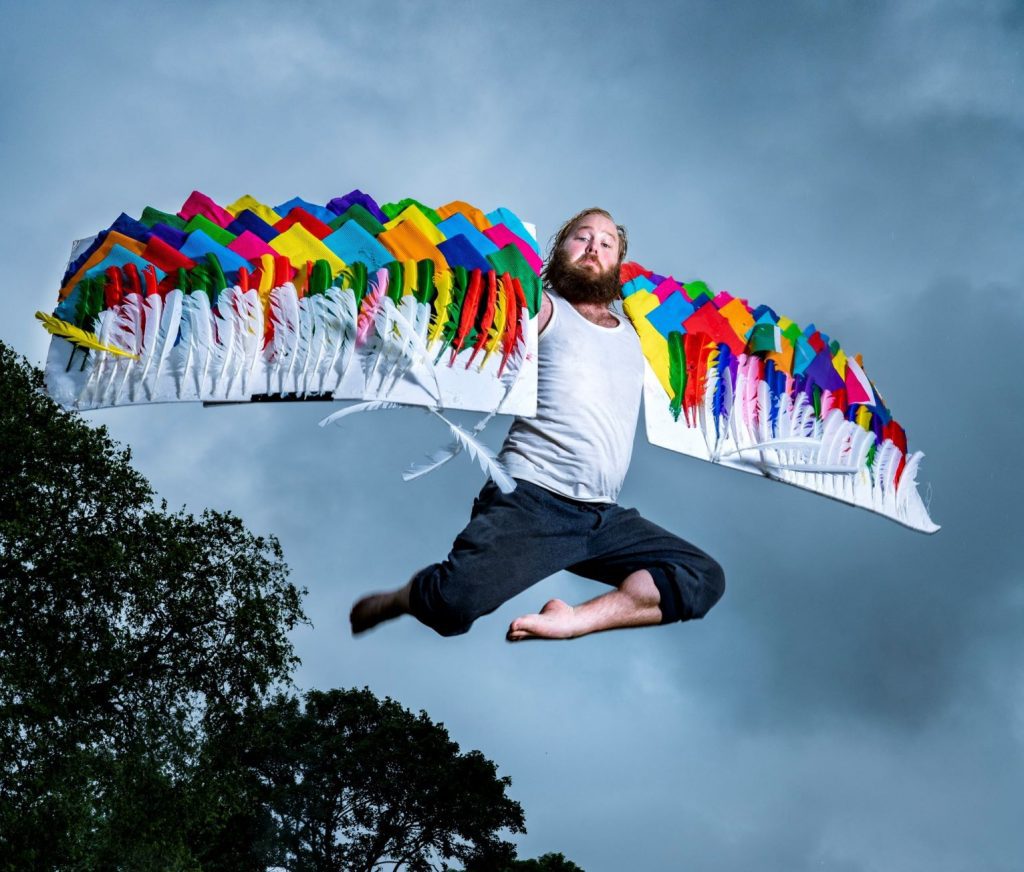 Arts Live is the year-round touring programme for Dumfries & Galloway. Through this project, the team at the Dumfries & Galloway Arts Festival have created a network of venues, artists and promoters who they encourage to stage events, organise touring performing arts visits to the region and as part of this they also offer training, support and aim to create a strong future infrastructure for performing arts in the region.

Featuring theatre, music, dance, comedy and spoken word, they have an exciting programme of performing arts events at the heart of communities across our region.

Although they have taken the decision as a result of the rising positive COVID-19 cases as an organisation to postpone their January events which will take place later this year – their programme of events from February onwards is planned to go ahead with strict adherence to government guidelines and the safety of their audiences, artists and venues.

They want to ensure that audiences can safely enjoy the planned performances and they will continually update their website with up to date information including the procedures that they have in place for each show.

The team have programmed an exciting and dynamic range of work from local and national artists and emerging and established performers with something for all ages and backgrounds to enjoy.

In February, their online programme kicks off with A Brief History of the Fragile Male Ego presented by Jordan and Skinner between 7th – 14th February, as well as showing at Wigtown County Buildings in partnership with Driftwood Cinema on Monday 7th February.

The multi-award-winning Jordan & Skinner present their riotous and very funny solo show that cuts to the bone of the current conversation around gender politics. Following a hugely popular world premiere during the Fringe 2019, Dumfries & Galloway audiences can enjoy a very special return of the hit show, now reworked as a performance for the screen.

On February 19th, The Big Data show by Civic Digits is coming to Dumfries & Galloway for a public online performance after touring schools in the region with the support of D&G Arts Festival to teach young people about cyber hacking and security.

The Big Data Show is a technically ground-breaking experience using performance gaming and digital magic. The show tells the story of teenage hacker, Rupert Goodwins, who demonstrated to BBC news in 1984 how he and his friends could access Price Philip’s email account, sending emails as Prince Philip. His friends were arrested and the case instigated new cybercrime legislation, leaving Rupert with lifelong anxiety about online security.

On Friday 4th March, Suzi Cunningham will present her widely successful dance show at the CatStrand, ‘Rules to Live By/Eidos’. ‘Rules to Live By’ explores conditioning, external influences, what shapes us through life and how we follow aspirations even if they are destructive.

EIDOS is a tribute to Suzi’s grandmother, who was a punk in-her-own-right. She is the hero, the stalwart, Suzi’s personal Vivienne Westwood, the treasure hunter and the curio-with-a-cause.

As part of their incredible programme, they are showcasing the work of their Support for Ambition applicants for 2022, it enables local venues and artists to present performance events in the region by providing financial, promotional, and advisory support to deliver the next season of performing arts events.

First of these events is Dumfries Youth Theatre who are presenting Superglue by Tim Crouch at the Usual Place on 12th & 13th March. A story of a group of climate activists at the funeral of a friend who dies during a protest, raising questions about peaceful versus violent action and how society dismisses the climate crisis.

The Usual Place in Dumfries are hosting Raven Abbey Music on 31st March, with up and coming local musician Frank Morgan who will perform an acoustic set, supporting the venue to bring back events and opportunities for their team of young people to learn new skills in events.

The team are delighted to be supporting venues across the region to take part in the Puppet Animation Festival in April this year.

In partnership with Big DoG Children’s Festival, The Good, the Bad and the Poultry – Eggsploded presented by Lewis Sherlock is headed to the Plainstanes, Dumfries on Saturday 2nd April. A walkabout performance featuring audience participation that is the ideal show for families to enjoy.

Oscar & the Quest for the Underground Princess presented by Mousetale Puppets heads to the Bridge on Saturday 2nd April for two showings throughout the day, a story of mother mouse trying to keep her son out of mischief, ideal for ages 4+. Oscar is determined to succeed at helping the beautiful princess and he has lots of fun along the way.

Nettles in the Garden presented by Travelling Shadow Theatre is heading to Lagwyne Hall, Carsphairn on Saturday 9th April.  Ideal for all the family, springing out from an old brown suitcase, come and see a magical garden bloom to life. Discover the wonder and adventures to be had in nature in this joyful show.

SeedHeart, by Indigo Moon Theatre will take place at the Robert Burns Centre on Sunday 10th April and CatStrand on Saturday 16th April where you will meet Grey and follow Grey’s journey to a better future with magical pop ups, puppetry, and interactive scenes.

Odd Socks presented by Nikki Kalkman is heading to the CatStrand on Friday 15th April, Odd Socks tells the story of Lil One who, along with their parent Big One, runs the sock laundrette.

On Saturday 16th April at Moat Brae, Two in a Barrel presented by Ruxy Cantir & Sarah Rose Graber. Two in a Barrel is a clowninspired, physical theatre performance for young audiences (ages 5+) about the waste we create, the destructive consequences of our habits, and co-existing in an environment with limited resources.

As a successful applicant of the Support for Ambition initiative, Harps for Spring by the Clarsach Society, Dumfries & Galloway Branch who are presenting an afternoon traditional harp concert at the Usual Place on 16th April.

Moon Capers by Shaper/Caper will be part of the online programme in from Friday 17th to Monday 20th June, ideal for 3 to 9 year olds. An interactive digital show where you will meet Captain Caper and pilot Peppy and help them on their mission to the Moon. The trip of a lifetime to the Moon and back.

The Galloway Consort will present Tapestry – a weave of renaissance music and storytelling at Moffat Town Hall on 19th June. Tapestry focuses on beautifully restored unicorn tapestries in Stirling Castle and the myths and history that they reflect.

And last but certainly not least, returning to the region after his highly commended performances as part of the Dumfries & Galloway Arts Festival in years gone by is James Rowland with his new show Learning to Fly on 22 – 24th June. LEARNING TO

FLY is the story of a remarkable friendship James made when he was a lonely, unhappy teenager – with the scary old lady who lived in the spooky house on his street.

Uplifting, big hearted and hilarious, this new one man show promises a glorious performance in Port Logan, Kirkcudbright and a final location to be confirmed later this year.

Learn more about this exciting programme of events and get your tickets on their website: www.dgartsfestival.org.uk