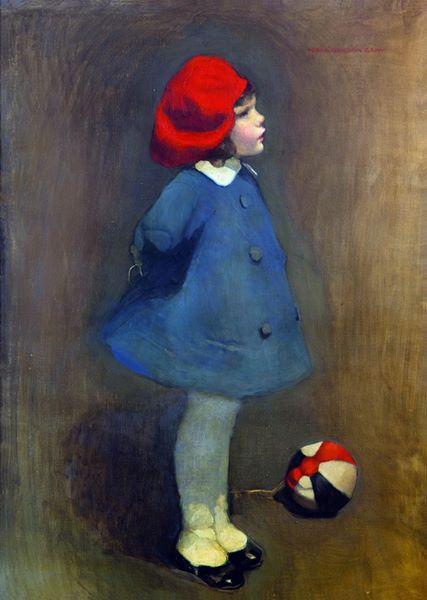 Preparations for this year’s Kirkcudbright Summer Art Exhibition are well under way.

This year’s exhibition features the work of women artists associated with the Glasgow School of Art and seeks to demonstrate how they not only continued to be successful artists, but also made their mark in new design fields.

The exhibition is arranged by the Kirkcudbright 2000 group, with support from Dumfries & Galloway Council.

Well-known artists such as Norah Neilson Gray, Mary Armour, Jessie M King and Joan Eardley are represented as well as less well-known figures such as Margaret Morris, Millie Frood and Florence Jamieson. The works are wide ranging with local landscapes by Chris Fergusson, portraits done in China by Eleanor Allen Robertson and Anna Mary Hotchkis, and abstracts done in wartime Glasgow. Sculpture, engraving, etching, calligraphy and illumination, textile design, embroidery, and commercial art are also included.  Exhibits are drawn from private as well as public collections, many of them never previously shown.

Glasgow enjoyed a lively art scene during the 1940s when several of these women were students. Among them and of particular interest is outstanding work by Margo Sandeman that will be shown alongside that of her friends and fellow students Joan Eardley, Moira Beaty and Cordelia Oliver.

This is a follow-up exhibition to the successful 2010 show that covered the period 1890 to 1920.  It will be accompanied by an illustrated book written by the exhibition’s curator, Liz Arthur. The book explores Glasgow’s artistic background from the 1920s to the 1950s.

Admission is free but donations are very welcome.

Christmas Lights Switch On Returns To DGRI After Three Years