Whithorn Priory in Dumfries and Galloway, known as Scotland’s cradle of Christianity, may have been a ceremonial meeting point for high-ranking Christians long before being founded as a monastery, archaeological researchers believe.

The earliest monks buried at Whithorn were laid to rest in log coffins made from hollowed-out tree trunks and now researchers have definitively established that these burials did not take place until the seventh century AD. However, radiocarbon dating has also shown that feasting took place at Whithorn much earlier, in the fifth and sixth centuries, when it is known to have been a Christian site.

Research by Dr Adrián Maldonado of National Museums Scotland, and Dr Shirley Curtis-Summers from the University of Bradford, is overturning the traditional history of Whithorn in an extensive project that for the first time involves radiocarbon dating and stable isotope analysis of its objects and skeletons.

Excavations in the mid-Eighties revealed that Whithorn was a wealthy place, finding rare imported wine, exotic herbs and spices from the Loire area of France. Numerous shards of fine coloured glass drinking vessels, also from France, were found in the grave areas. At that time, archaeologists thought Whithorn may have been founded as a monastery from as early as the fifth century AD by the famous Bishop Ninian, who converted both Britons and Picts to Christianity. The earliest evidence for Christianity anywhere in Scotland is the Latinus Stone found at Whithorn, a Latin-inscribed standing stone dating to the fifth century AD.

But lead researcher, Glenmorangie Fellow Dr Maldonado said “While the Latinus Stone proves there were Christians at Whithorn since the fifth century, this new burial evidence tells us it was not a monastery at this time. The evidence of rich feasts and the drinking of imported wine from fine continental glass, suggests Whithorn was a power centre in its earliest years, perhaps a ceremonial meeting place for elite Christians, rather than a monastery.”

Burial in log coffins was practiced by the native Britons before the arrival of Christianity, so it seems that early Christian Britons continued this burial practice even after converting to the new religion. 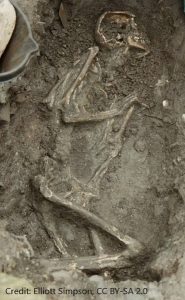 In the same project, stable isotope analysis has been carried out on skeletons from the site for the first time by human bioarchaeologist Dr Shirley Curtis-Summers from the University of Bradford. She has found that some of the earliest settlers ate mostly meat and plant-based foods, but ate no significant amounts of sea or river fish, despite Whithorn’s coastal location. This confirms trends found elsewhere in Scotland during this time.

Dr Curtis-Summers was also able to trace where individuals came from; most in the sample were local to the area, but three were born elsewhere and settled at Whithorn later in life -unsurprising perhaps, given Whithorn’s flourishing importance in mediaeval Scotland. 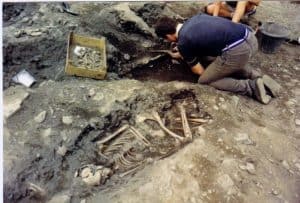 Dr Curtis-Summers said of the discoveries: “One of Scotland’s most important skeletal collections  has been lying undisturbed for nearly two decades, and it has been an exciting opportunity to apply new scientific analysis to reveal insights into the types of foods people ate and even whether they were local or moved into the area.” 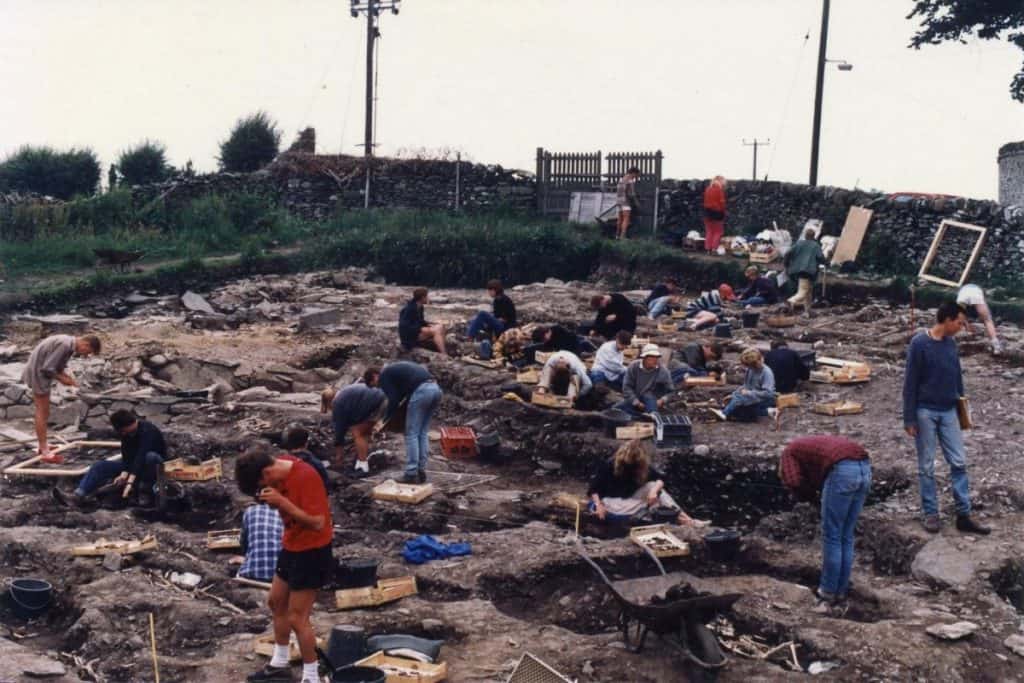 Dr Maldonado added: “Despite the evidence for exotic food, drink and other practices at Whithorn, these results show that change did not always come from migration or invasion. Some things – like the ancient heritage of the ceremonial place, and certain kinds of burial such as log coffins – remained in place even as the use of the site itself changed through time.”

All of the discoveries are from the Cold Case Whithorn project being led by Dr Maldonado and Dr Curtis-Summers on behalf of the Whithorn Trust. Members of the project team will be giving free online seminars about their discoveries during summer 2020.