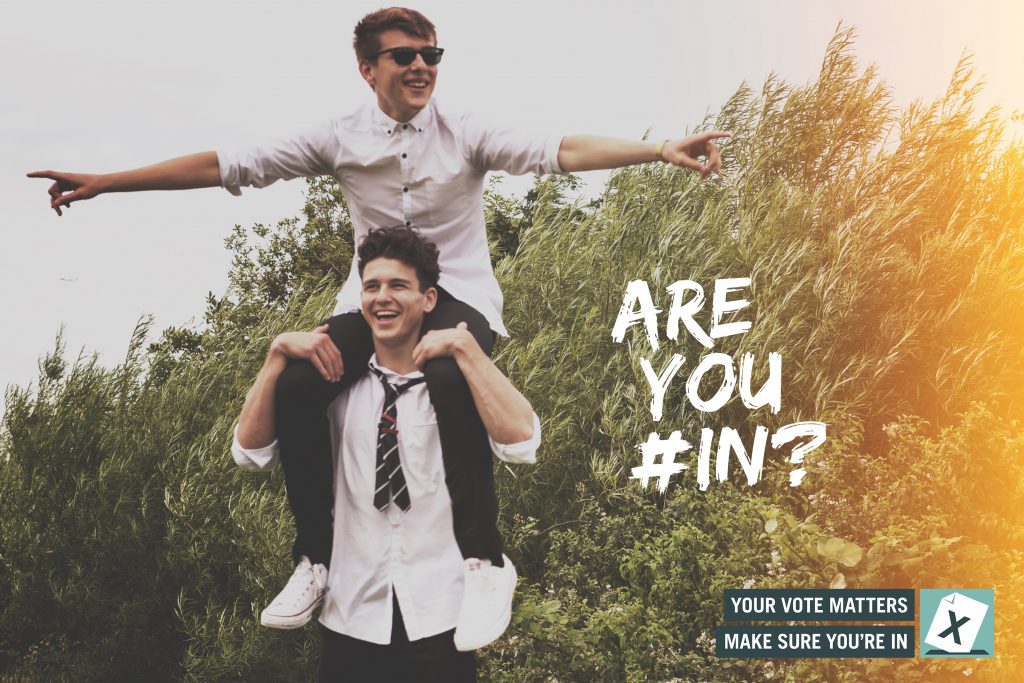 A new campaign which aims to encourage all 15-17 year olds who will be eligible to vote for the first time in the Scottish Parliament election scheduled for May 2016 to sign up and register has begun across Dumfries and Galloway.
The initiative is part of a wider campaign that has been launched nationally across Scotland by the Electoral Commission.
Staff from the Electoral Registration Office will be working with local schools and youth organisations to encourage as many young voters as possible to add their details to the electoral register before the Scottish Parliament election next year.
The rules on the voting age in Scotland have now changed meaning that, for the first time 16 and 17 year olds will be eligible to take part in elections to the Scottish Parliament and at local elections in Scotland.
Keith Mossop, Electoral Registration Officer, Dumfries and Galloway said:
“The lowering of the voting age in Scotland means that 15-17 year olds can now be included on the electoral register. Not everyone may know about this change which is why we will be working with the Electoral Commission to raise awareness and to encourage registration.”
“It’s really important that those who will be 16 or 17 by next May don’t miss out on having their say because they didn’t know that they could register or because they don’t know how to register.”
Andy O’Neill, Head of Scotland Office at the Electoral Commission said:
“At the Scottish independence referendum in 2014, we saw that young people are politically engaged and that they want to vote. But to be able to take part in elections, you must be registered. It’s easy to apply to register online now at www.gov.uk/register-to-vote in just a few minutes.”
As well as the launch of the new campaign to encourage young voters to register, all households in Dumfries and Galloway will soon be receiving a household enquiry form asking them to check that the details for the household are correct on the electoral register.
The aim of the form is to ensure that the electoral register is as up to date and complete as possible. Residents are advised to check and return the form as promptly as possible.
Anyone who has any questions can contact the electoral registration team on 01387 260637.

· Resident (usually live) in Scotland; and

They must also be either:

· a Commonwealth citizen who has leave to remain in the UK or who does not require leave to remain in the UK
4. The electoral register lists the names and addresses of everyone who is registered to vote in public elections. The register is used for electoral purposes, such as making sure only eligible people can vote. It is also used for other limited purposes specified in law, such as: detecting crime (e.g. fraud) and checking credit applications.
5. The open register is an extract of the electoral register, but is not used for elections. It can be bought by any person, company or organisation. For example, it is used by businesses and charities to confirm name and address details. If you are aged 16 or over, your name and address will be included in the open register unless you ask for them to be removed. Removing your details from the open register does not affect your right to vote.
6. Anyone under 16 will not be included on the open register. They will be included on the electoral register, but only Electoral Registration Officers and their staff can usually see the details provided. Details will not be included in any register that is published.