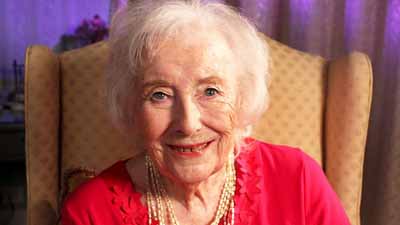 The BBC today announced dedicated programming across television, radio and BBC iPlayer to mark the 75th anniversary of the end of the Second World War in Europe.

At the heart of the commemorations will be a special address from Her Majesty The Queen broadcast at 9pm – the exact time her father spoke to the nation three quarters of a century ago.

It will form the centrepiece of an evening event produced by BBC Studios Events and featuring some of Britain’s biggest talent including Katherine Jenkins, Adrian Lester and Beverley Knight. Presented by Sophie Raworth, the programme will culminate with the nation coming together to sing the iconic, and fitting, World War II favourite We’ll Meet Again.  Other highlights earlier in the day include a commemoration of Sir Winston’s Churchill’s historic address to the nation to announce the end of the war in Europe.

On radio, Jeremy Vine will discuss the pivotal moments that led to the end of the war in Europe on BBC Radio 2, and BBC Radio 3’s Words And Music will share fascinating diary extracts from 1945 with interludes of poetry and music themed around gratitude. On BBC Radio 4, Dr Rowan Williams on Sunday Worship will reminisce on the meaning of VE day to reflect on how our nation can rise to its present challenges, and BBC Radio 4 Extra will present an adaptation of Stephen Lowe’s Touched. BBC Local Radio will be asking the nation to come together by decorating their front windows with special bunting to mark the 75th anniversary of VE Day.

Tony Hall, Director General, says: “At a time when many are looking for unity and hope, the BBC will bring households together to remember the past, pay tribute to the Second World War generation, and honour our heroes both then and now.”