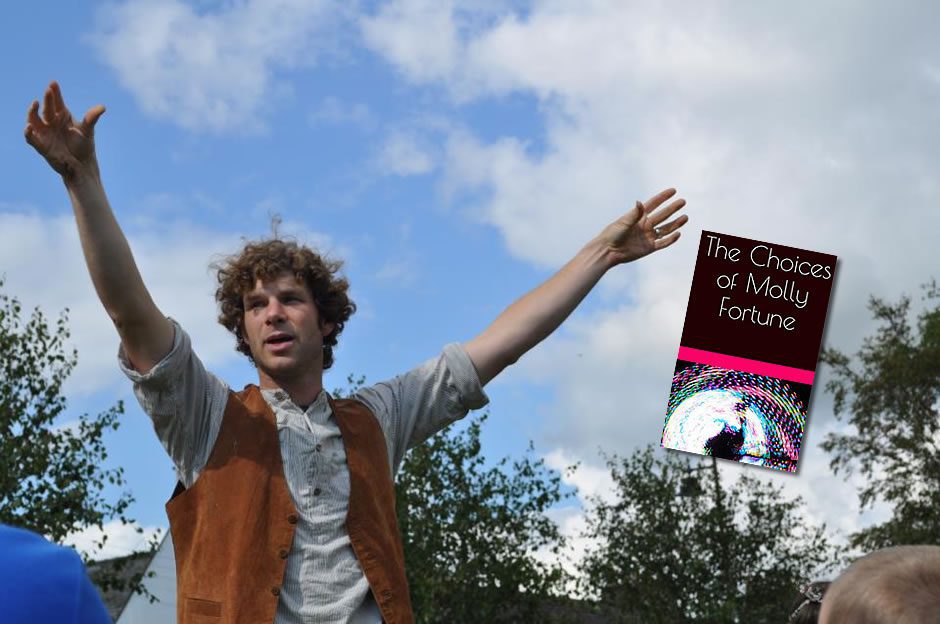 I am a primary school teacher, singer/songwriter and storyteller based near Kirkcudbright. I’ve been writing in one form or another for most of my life – I just enjoy the process of putting words together, whether in a song, a poem or a longer piece of work. When I feel inspired by someone, somewhere or something I generally try to express that in writing – probably not immediately, but experiences bubble away at the back of the consciousness for a while and eventually pop out in one bit of work or another.

Dumfries and Galloway has been home since my wife and I moved down from Aberdeen in 2005 and it has provided a wealth of inspiration. The landscape of course is amazing, but more important to me are the people, and especially the children I’ve had the privilege to teach. Since qualifying as a primary teacher in 2008 my most ambitious pieces of writing have been aimed at children and have been driven by my hopes and concerns for their futures.

I’ve started 2014 by publishing my children’s novel, ‘The Choices of Molly Fortune’, as an e-book on Amazon. Described by Jean Atkin, author of The Crow House, as ‘a dystopian fairytale’, the book has elements of science fiction and fantasy but is, at heart, about loyalty, friendship and a healthy suspicion of authority. I have two sequels in mind and hope to get going with them this year. I’ve also been putting the finishing touches on ‘Jack’s Well’, a new book for slightly older children (11-14 or so). The book is narrated by Jack Wilde, a boy who achieved fame as the six-year-old hero in a series of wildly successful books written by his father. Excerpts from these stories, which are based in a fictional land called The Kingdom, punctuate Jack’s Journal, and the reader soon realises that fame and notoriety are not at all what they’re cracked up to be.

Other pieces of work I’ve published include ‘Medica Britanimalicum’ – this is a very silly bit of writing, satirising some of the more obscure practices espoused by folk medicine and illustrated by my friend, Kirkcudbright artist Richard Ipaint; and ‘Ross Bay and Other Poems’, a poetry collection . I was also lucky enough to receive an honourable mention in the 2013 Momaya Short Story Competition, and my story, ‘The Bird Organ’, appeared in their annual review. I also had a poem published in Poetry Scotland last year.

With a solo album, a Razorbills album, and a new poetry collection on the way, 2014 is shaping up to be a very busy year!