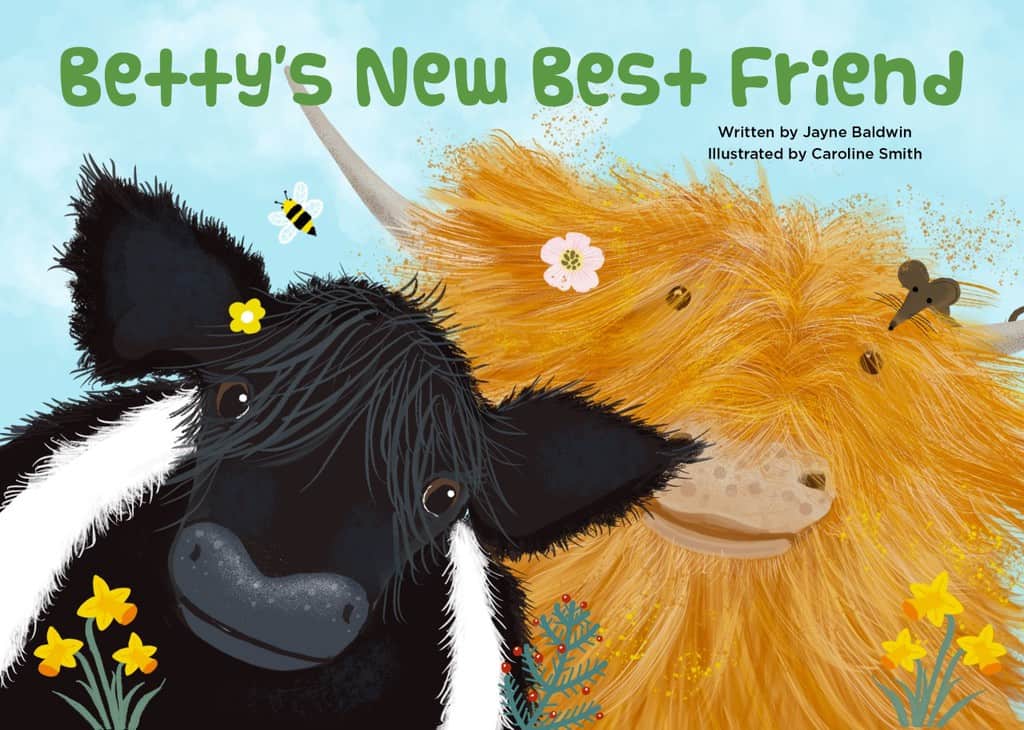 Fans of picture books about Belted Galloways are in for a treat this Autumn with the launch of a new book by a Wigtown children’s writer.

Author Jayne Baldwin, known for her previous books featuring Dumfries and Galloway’s native breed of cattle, has returned to writing for a young audience with her book Betty’s New Best Friend. But this time there’s a twist – Betty’s new friend is a Highland.

Jayne, who owns the Foggie Toddle Books children’s bookshop in Wigtown, has previously published ‘Beltie’ stories with GC Books and Curly Tale Books. This time she’s teamed up with Whithorn based artist and designer Caroline Smith to produce a gloriously colourful picture book.

“Readers have been asking me for years for a new Beltie story, and I’d also been asked to write about Highland cattle so it seemed a good idea to incorporate the two into a new book for the under sevens. Caroline and her friend Fran Raw produce a range of lovely Belted Galloway products from mugs featuring original artwork to woolly hats so who better to ask to illustrate my new story,” Jayne explained.

The book follows Betty the Beltie as she goes in search of someone to play with when everyone else appears to be busy, eventually leading her to meet a young Highland bull from the next farm. The vibrant illustrations feature all sorts of woodland animals and birds providing lots of things for young children to spot in each picture.

The new book will be available from the end of October from Foggie Toddle Books, Galloway Arts and other independent stores and bookshops price £6.99.

Community and Place at the heart of Borderlands.