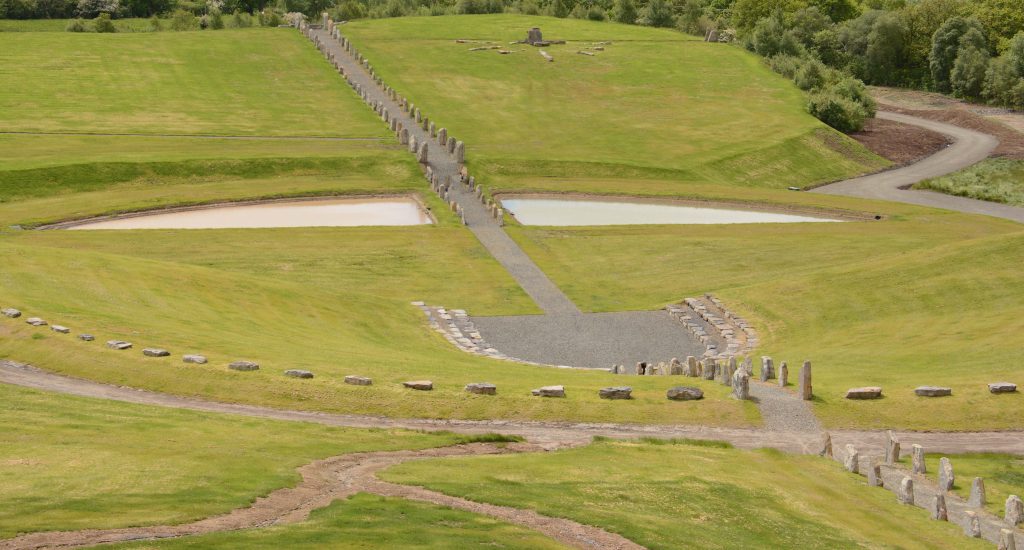 Out of this world attraction opens
Crawick Multiverse celebrates public opening with summer fayre
Scotland’s new £1million work of land art, the Crawick Multiverse, will officially open to the public on Friday 10th July with a traditional Summer Fayre.

Visitors to the ‘cosmic landscape’ on the first day of opening will enjoy stalls offering local produce, balloons and face painting.

The whole family can take part in entertaining activities such as a cosmic treasure trail, art competition and kite flying. And tasty summer treats such as ice-cream will be available to make sure everyone has enough energy to enjoy the day.

The new 55-acre artland and public amenity – inspired by the themes of space, astronomy and cosmology; created by the world-renowned Charles Jencks; and funded by the Duke of Buccleuch – was officially unveiled on Sunday 21st June with a programme featuring music, poetry and performance.

Rosalind Baker, Mobilisation Manager at Crawick Multiverse, said: “The official opening to the public promises to be a fun-filled day for families coming from the local area, or further afield.

“As well as being able to take in the visually stunning and intellectually stimulating landscape, the activities on offer during the day will entertain the whole family and allow them to explore the full site. And we look forward to welcoming even more visitors as time goes on.”

The Crawick Multiverse Summer Fayre will take place on Friday 10th July, from 10am until 6pm. Throughout opening weekend, a complimentary bus service will run to Crawick Multiverse from Sanquhar, Kirkconnel and Kelloholm. Full details can be found at www.facebook.com/crawickmultiverse

Tickets are £5 for adults (£4 for concessions), £2 for children aged between five and 16, with under-5s admitted free of charge. Family passes for two adults and three children, are priced at £12.50.