Home Regional Environmental Champion has worked land on the Solway for almost half a... 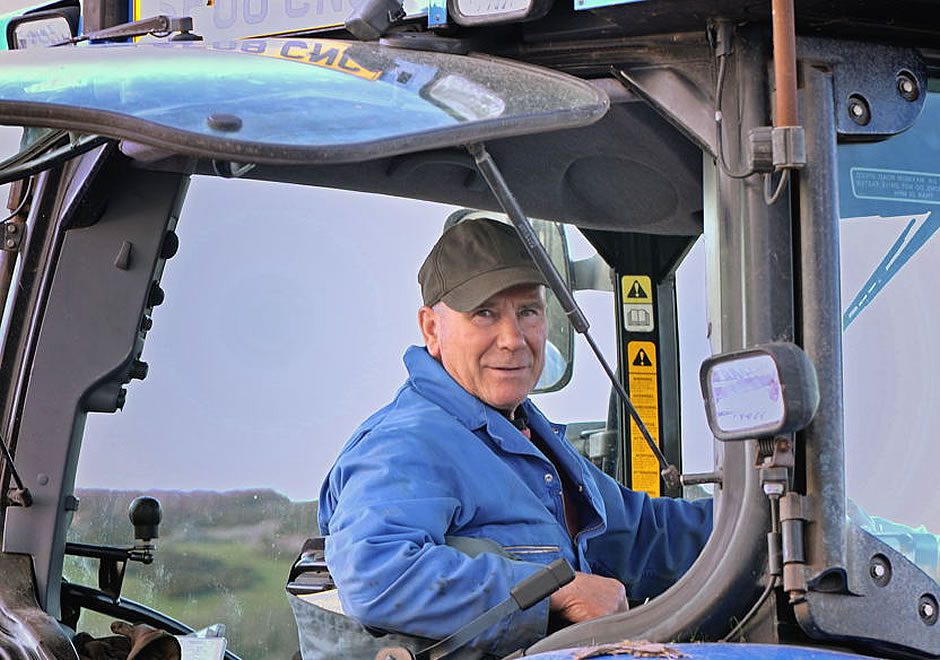 A man who has devoted 45 years to working land on the Solway, has been named Environmental Champion in the Dumfries & Galloway Life, People of the Year Awards, 2013.

Eric Neilson began working at Mersehead, at Southwick, in 1968, when the site was a mixed arable farm. He stayed on when the RSPB took over management in 1993, and as farm manager, has helped to transform the site into a wetland paradise for wildlife.

He was chosen for the award, which is sponsored by The University of Glasgow, because of his passion about safeguarding and improving the environment, his knowledge, and his work with the community. He was presented with his award on November 29, at a ceremony in Easterbrook Hall, Dumfries.

Andrea Thompson from Dumfries and Galloway Life Magazine, said: “There was never any doubt that Eric was going to win from the moment the judges read the nomination. With his longevity at Mersehead, and his continued commitment to wildlife, he really embraces everything that being an environmental champion means. He’s a very worthy winner and as an environmental champion, truly inspirational.”

Mersehead nature reserve is an important home for nature, including barnacle geese, natterjack toads, lapwings, and tree sparrows. Eric’s work there has mostly involved land management, including using heavy machinery to dig out ditches, and construct vital bunds and sluices for water. He’s also taken his knowledge and expertise to many other sites, assisting with similar work in places such as the Western Isles, and Shetland.

Eric said: “A great thanks to the people who nominated me. I am very humbled, but would not have received this award if I had not been working for the RSPB for the past 20 years. I think I have the best job in the world and excellent colleagues to work with.”

MAN ASSAULTED AND ROBBED IN HIS OWN HOME – LOCHSIDE