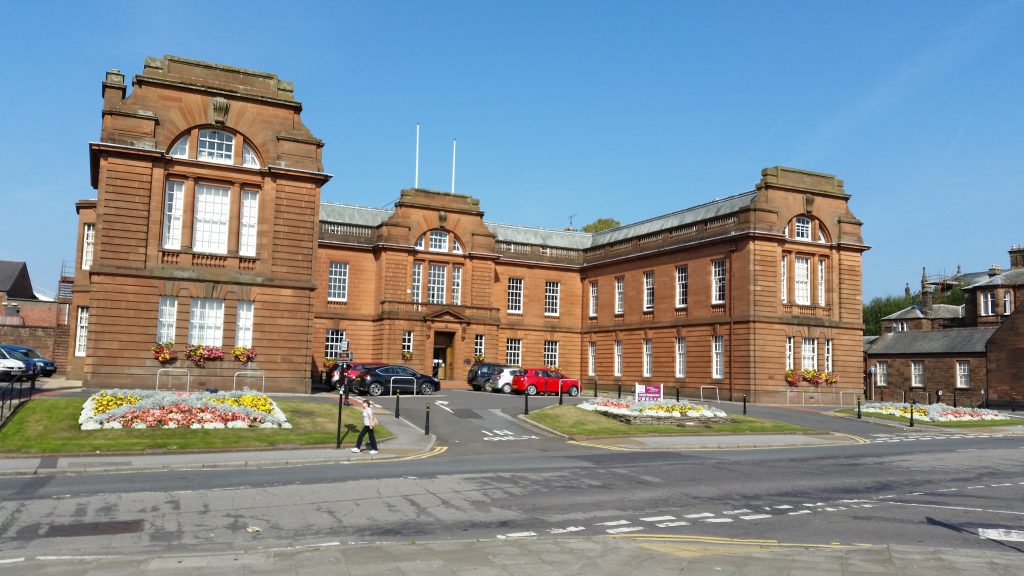 The Leader of Dumfries and Galloway Council, Ronnie Nicholson, has revealed that the current freeze in the council tax is costing the local authority more than £16 million a year in lost income.

Councillor Nicholson was speaking ahead of the publication of draft budgets by political groups on the council which are scheduled to be revealed on 11 December. A combination of the council tax freeze and Government cuts mean the draft budgets will have to propose savings of £32 million over the next three years, on top of the £40 million of savings already made over the past four years.

The Scottish Government has required all Scottish Councils to ‘freeze’ council tax levels since 2007/8 and if Councils do not meet this requirement then a financial penalty is imposed by the Government through a reduction in that Council’s grant.

The Council Tax freeze has effectively meant a real terms cut in council tax bills of nearly a quarter for local residents. If Council Tax levels had kept up with the rate of inflation (rising by an average 3% per annum) since the freeze was implemented, the Band D Council Tax in Dumfries and Galloway would have been £1,329 a year – raising an extra £16.6 million per year for the council.

The current Band D council tax in Dumfries and Galloway is £1,049 – £100 below the national average and the lowest of any mainland council in Scotland.

“No doubt some people will be supportive of the freeze and the fact that the council tax in Dumfries and Galloway is the lowest in mainland Scotland, especially at a time when their other household bills like electricity and gas are rising. Others will argue that paying an £40 extra per year since 2007 would have been better than the cuts that are now heading our way. There is also the issue of local democracy and the fact the Scottish Government in Edinburgh basically imposes the council tax level in Dumfries and Galloway and local elected councillors no longer have any say”.

“Whatever side of the argument people are on, it is important that we are frank with the public and they know that the consequences of the freeze along with Government cuts in the grant paid to councils mean that Dumfries and Galloway council will have to save £32 million over the next three years, on top of the £40 million that has been saved over the last four years. That’s the equivalent of a 20% reduction in the council’s budget.”

The Council Leader revealed that a key part of the Labour Administration’s draft budget will be almost £3 million of savings in management costs through the re-structuring of the council that will see council departments merge. He also revealed that details of £3.5 million of efficiency savings already agreed by councillors to help reduce the funding gap will be revealed. Funding will also be re-directed to ensure the “single biggest ever investment to end youth unemployment in our region”. However, he warned that there would need to be reductions in other services to meet the £32 million of cuts required to balance the books.

Councillor Nicholson said, “No doubt people will band around the usual general statements that there is lots of waste and continuing to make the council far more efficient will be a key part of the forthcoming budget. A planned re-structuring of the council will also result in millions of pounds of savings in management costs. But no one can credibly claim that we can meet the the level of cuts required without a significant reduction in local services and people have to face up to fact there will be some very painful decisions, not of our making. It is also important that we re-direct funding to the key priorities . That’s why in our draft budget the Labour administration will be outlining the single biggest ever investment to end youth unemployment in our region”.

Draft budgets will be published on 11 December, ahead of the full council meeting on 18 December. They will then be subject to a public consultation before being considered by councillors on 5 February. Full details of the timetable and public consultation can be viewed here: http://www.dumgal.gov.uk/index.aspx?articleid=14001