MOVE TO SCUPPER SLIPPER FARMING IN SCOTLAND BACKED BY EU 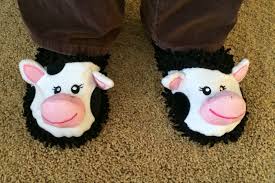 Scotland’s famers have been given clarity from the European Commission on two key areas of CAP implementation today in Brussels.

In a brief meeting between Scotland’s Farming Minister Richard Lochhead and Commissioner Ciolos today, the Commissioner endorsed the Scottish Government’s solution to slipper farming and gave the green light to the UK Government to increase coupled support for Scottish farmers.

The Scottish Government will now seek urgent confirmation from the UK Government on how much additional coupled support Scotland will be permitted to use, with 13% being the amount requested by Mr Lochhead in a recent letter to DEFRA Minister Owen Paterson.

“It is good news for all the hard working farmers in Scotland that the EU have given their backing to our plan to stamp out slipper farming.

“Under our plans, land on which there is no activity will be ineligible for payments under the new CAP from 2015. It has been a priority for us to ensure that only active farmers benefit and we have worked hard to find a solution. Scottish Government officials will now work with the Commission to confirm the final details.

“I am also delighted that the Commissioner has given the green light to flexibility within the Member State on coupled payments thereby confirming what we understood to be the case.

“I will be following this up urgently to get confirmation from the UK now we know the EU is on side.”