Home Business Innovative New Freeports Across The UK As Government Lays Out Plans To... 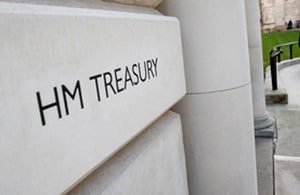 New hubs of business and enterprise will be opened across the UK creating thousands of jobs, regenerating communities and turbocharging Britain’s post-Brexit growth, the Government announced today (Monday 10 February).

Up to ten new innovative Freeports will be opened across the UK as the Government seeks to level up the country and seize on the opportunities leaving the EU has presented.

A consultation has been launched setting out the Government’s vision for Freeports, with the aim of announcing the location of the new zones at the end of this year so they can be open for business in 2021.

Freeports will unleash the potential in our proud historic ports, boosting and regenerating communities across the UK as we level up. They will attract new businesses, spreading jobs, investment and opportunity to towns and cities up and down the country.

This is all part of our mission as an open, outward-looking country, championing global free trade with vibrant Freeports that work for all of the UK.

We are taking back control of our trade policy, and opening every corner of the UK to opportunities across the world.

Freeports will unleash the potential of our historic ports, creating jobs and regenerating communities across the UK. These hubs will also deepen partnerships around the world as we restore our economic and political independence.

Freeports represent a fantastic opportunity for our businesses to increase their trade with companies from all over the world.

Not only will they help create jobs and level up the UK, but they underscore our commitment to championing global free trade – unleashing our country’s potential.

Our new Freeports will drive forward investment and regeneration, delivering high-skilled jobs and new homes for people across the country.

People across the Northern Powerhouse can look forward to a new era of jobs and prosperity unlocked by this new generation of Freeports.

They will unleash the potential of communities both by boosting trade with our friends across the globe and transforming surrounding areas into hotbeds of innovation where businesses will grow and create new well-paid jobs.

Freeports are a fantastic example of how Scotland and the rest of the UK can flourish outside of the EU. The opportunity to unleash the potential in our maritime, air and rail ports, regenerating communities across the UK, is too good to miss. I urge Scottish ports and partners to take part in the consultation and develop bold, ambitious plans to bid for Freeport status.

We want Freeports to deliver a truly UK wide regeneration and jobs boost and the UK Government will work closely with the Scottish Government to achieve this.

The development of Freeports will create innovation hubs across the UK, generating new ideas in a whole host of UK sectors, from customs to transport to decarbonisation.

A Freeport in Wales could create hundreds of jobs and facilitate significant regional economic growth. That is why I urge businesses to engage with our consultation and help us to unleash our potential in innovation, investment and growth. Working closely with the Welsh Government and businesses, we will ensure that the whole of the UK can feel the benefits.

Freeports will boost trade, jobs and investment with a view to building innovative business clusters that benefit the local area as part of the Government’s commitment to level up every nation and region.

Freeports will also offer an exciting opportunity for cutting-edge customs, transport and green technologies to be trialled in controlled environments, before being adopted more widely in relevant sectors of the economy. The Government will work in close partnership with the Devolved Administrations so that all nations of the UK are able to share in the benefits of Freeports.

Benefits of the 2020 Freeports model could include:

In addition, the Government is considering tax measures that aim to:

The UK’s high standards with respect to security, safety, workers’ rights, and the environment will not be compromised.

Once the 10-week consultation is completed, the Government will invite sea, air and rail ports to bid for Freeport status on a competitive basis.