Home Business Pioneering Electric Vehicle Project To Deliver Up To £2.6m Of Savings To...

A multi-million-pound electric vehicle (EV) partnership between SP Energy Networks and the Scottish Government is set to deliver up to a £2.6million saving for taxpayers – with the potential to save £310million with roll out across the UK.

The innovative Project PACE is focused on ensuring that Scotland has access to a world leading EV charging network and the electricity infrastructure needed to support it.

Project PACE is delivering around180 EV chargers across more than 40 EV charging hubs in North and South Lanarkshire by April next year (funded by Transport Scotland grant). This is targeting an increase in the number of public EV chargers for Lanarkshire communities by over 200% and increasing the number of public EV chargers in Scotland as a whole by around 14%[1]. The additional ca.10MW of EV charging capacity, an increase of 360% in Lanarkshire, is expected to accommodate the charging of around 5000 more EVs.

The first phase of the project was a sophisticated site selection study funded by the SP Energy Networks Green Economy Fund to provide a blueprint for best practice and collaboration. SP Energy Networks utilised its extensive knowledge of its electricity network and customers and worked collaboratively with local stakeholders to identify the optimal locations for the community EV charging hubs.

By choosing charging locations that make effective use of the existing electricity network, Project PACE is expected to achieve between £30,000 and £60,000 average savings on electricity grid connection costs per new location. This equates to a total of between £1.3million to £2.6million of taxpayer money saved across all the planned sites.

Scaling up the innovative site selection approach across other regions could lead to £26million of connection savings in Scotland and £310million of the same savings across the UK.

The first Project PACE location was successfully introduced at Strathclyde Country Park in August and has already been used over 1,700 times in the 11 weeks since it was installed.

Scott Mathieson, Director of Network Planning and Regulation at SP Energy Networks, said: “The creation of more publicly available electric vehicle charging locations is vital to meeting both Scottish and UK Government Net Zero targets so we’re proud to be leading the way through Project PACE.

“SPEN invested £500,000 in the optioneering phase to ensure we chose optimum locations for the project, which will be of most use for drivers and help deliver substantial savings for the communities we serve.

“Project PACE is a blueprint for a more successful collaborative roll out of public EV chargers. The learnings from this trial could be applied across other areas of the country to ensure every local community has access to EV charging points which will help boost a green economic recovery. No community should be left behind in the transition to Net Zero.”

The project’s charging locations will be hosted by North and South Lanarkshire Council in the car parks they own with every community hub chosen to help fill gaps in the current public provision for EV users. Charging hubs are planned for locations including the Time Capsule, Broadwood Stadium, the Ally McCoist Complex and Carstairs Park & Ride among many others.

“This effective partnership working, using specialist knowledge, is radically improving the speed, effectiveness and efficiency of the rollout of electric vehicle charging infrastructure. This is key to responding to the climate emergency and transitioning to a net-zero economy, as we seek to phase out the need for new petrol and diesel cars and vans by 2032.”

Project PACE supports the Scottish Government’s ambition to phase out the need for new petrol and diesel cars and vans by 2032.

The Scottish Government’s investment of £5.3million in the project will help deliver new public EV charge points on the ChargePlace Scotland network aiming to more than triple EV charging capacity across Lanarkshire by April 2021. 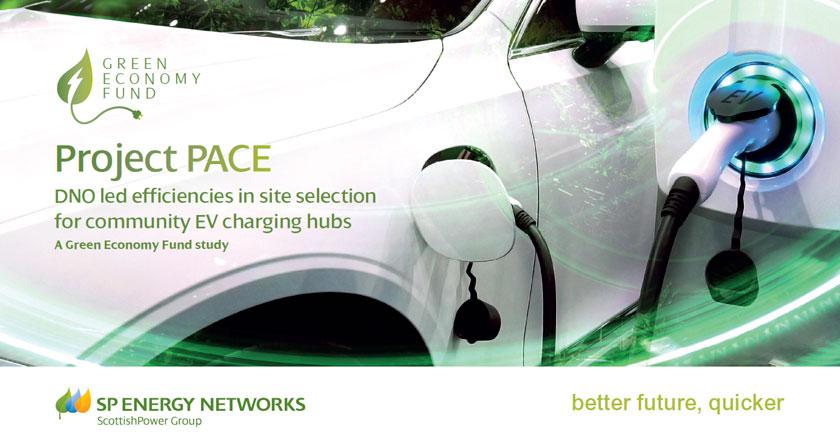 Project PACE is being delivered by SP Energy Networks via in the EV Strategic Partnership between the electricity network companies and the Scottish Government which was announced by the First Minister in August 2019. SP Energy Networks is supporting the strategic partnership by investing £2million – as part of this they are supporting a number of Lanarkshire community transport groups to purchase electric vehicles and funding complimentary EV studies including Electric Vehicle Uptake Modelling (EV Up), which will improve our understanding of customers’ ability to transition to EVs based on availability of off-street parking and customer demographics and Centre for Energy Policy (CEP) collaboration with Professor Karen Turner from the University of Strathclyde, conducting research on economic benefits of strategic network investment for LCT transition rather than “just in time”.

Latest plans for the EV charging locations can be found via the links below: 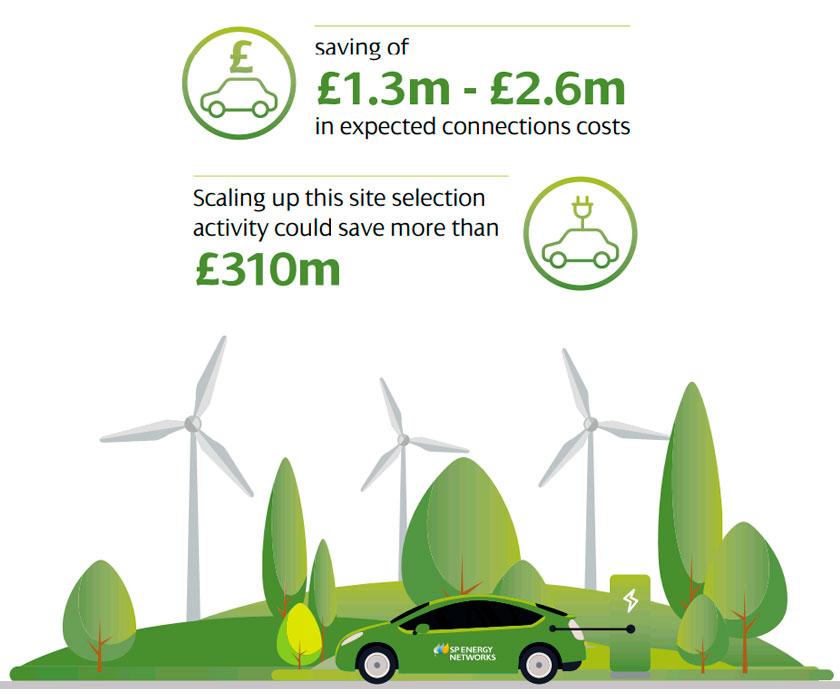