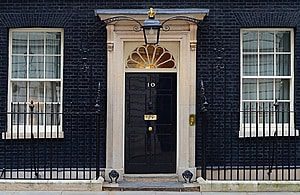 Scotland and the whole of the UK will be better protected and able to play a more active role defending our allies and values following the landmark defence investment announced by the Prime Minister today [Thursday].

A £16.5 billion boost to the defence budget over the next four years will ensure the UK remains the second highest defence spender in NATO and will allow us to invest in the cutting-edge, next-generation technology that will demonstrate to our allies that they can always count on the UK.

Next year will be a year of British leadership, when we preside over the G7, host COP26 in Glasgow and celebrate the 75th anniversary of the of the first United Nations General Assembly.

Britain must be true to our history and stand alongside our allies, sharing the burdens and bringing our expertise to bear on the world’s toughest problems.

The returns of this investment will go far beyond our Armed Forces, creating thousands of jobs, reinforcing the Union and levelling up our country.

The spending commitment will finance the UK’s order of 8 Type 26 and 5 Type 31 frigates, which are currently being constructed on the Clyde, creating thousands of jobs. The Prime Minister will also set out his commitment to the next generation of warship – the Type 32 – which would also be built in the UK.

The record contribution will also allow the Ministry of Defence to invest in research to create the technology of tomorrow – for conflicts on land and sea, and in the air, space and cyberspace.

As we have seen in the past, and as we’re currently seeing in areas such as autonomous vehicles and aviation, these developments will also have civilian applications.

In his speech the Prime Minister will announce a new ‘Space Command’, capable of launching our first rocket from Scotland in 2022.

Scotland has always played a critical role in the UK’s defence. That is thanks to its important geographical position which makes it an ideal home for half of the UK’s typhoon force and the Royal Navy’s entire submarine service, and to its people, who have always answered the call of duty to serve their country. Around 10,000 regular personnel and 4,000 reservists call Scotland home and this number is growing.

The projects announced by the Prime Minister today will therefore directly benefit the people of Scotland, bringing security and economic benefits for decades to come.