Unemployment In Scotland Rose By 12,000 Over The Last 12 Months. 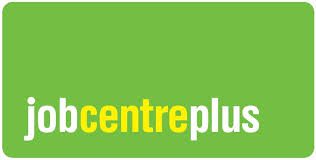 Today’s unemployment figures continue to be a concern, and we know that there will be further challenges to come.

The UK Government is doing everything possible to protect jobs and livelihoods in the face of the global pandemic.

We are supporting nearly half a million jobs in Scotland through our furlough and self-employed schemes and have committed a further £9 billion to help employers keep workers on.

We are also investing billions in those looking for work, including our £2 billion Kickstart scheme for young people and doubling the number of work coaches.

On top of extensive direct UK Government support to people and businesses across Scotland, we are also providing the devolved administration in Scotland with an additional £7.2 billion to help them get through the pandemic.

Scotland’s key indicators seem to be in a stable position, however, the claimant count rate is now at 8.0% (Sep). This is up from 4.0% pre-lockdown. An increase in unemployment by 12,000 over the last twelve months. We have seen from last month’s furlough figures that over 366,700 employments are paused and around 126,000 self-employed people in Scotland received UK Government support.