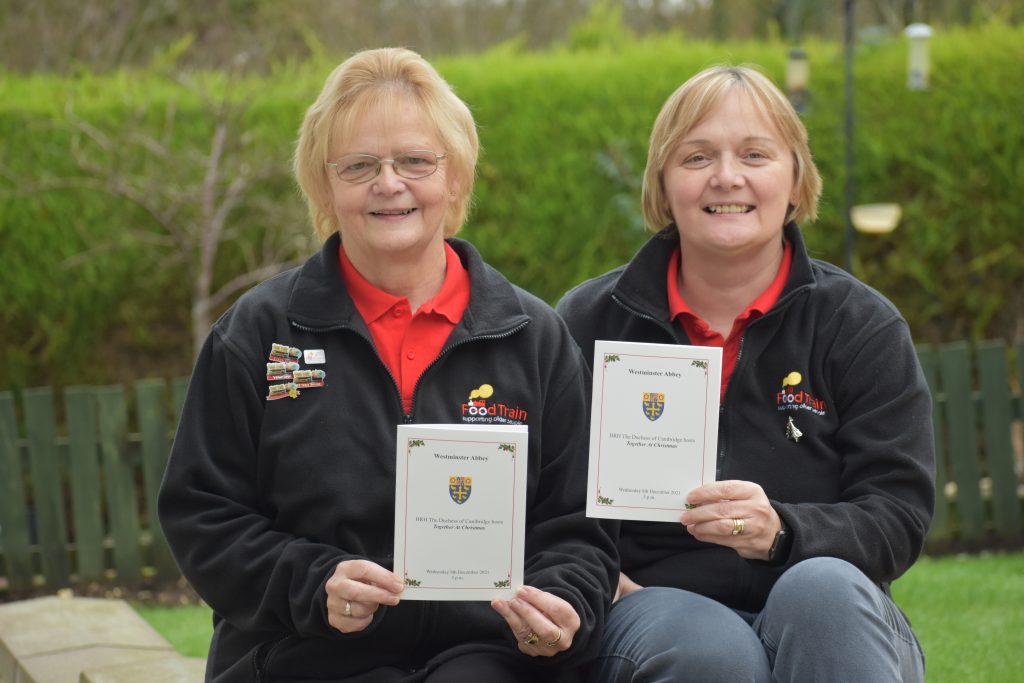 A mum and daughter from Annan were among the audience at the Duchess of Cambridge’s Together At Christmas Service in Westminster Abbey.

Margaret Glover and Helen McAnespie were nominated to attend by Lord Lieutenant for Dumfriesshire, Fiona Armstrong, in recognition of their work for Food Train.

Both have been involved with the older people’s charity for 15 years. Margaret is a volunteer who takes members’ shopping orders. Helen, meanwhile, is its regional manager.

The Duchess invited 1,200 people to London for the event as a thank-you for the work that they and the organisations they represent have done throughout the Covid-19 pandemic. It will be broadcast on ITV on Christmas Eve.

The Annan pair found themselves just eight rows from the front of the Abbey and with a prime view as the Duchess and her husband, the Duke of Cambridge, mingled with many in the congregation.

Margaret said: “It was a magical experience. Something we will never forget.”
Helen added: “We were delighted and honoured to represent Dumfries and Galloway and Food Train. It was wonderful. The Duke and Duchess spent a lot of time talking to people, which was lovely.
“As a charity, we are really grateful to the Lord Lieutenant for thinking to nominate us and for her support of our work to help older people to live better lives. It means a lot to the whole team. During the first lockdown she was kind enough to record a message to our volunteers, thanking them for their hard work.”

Food Train has been widely praised for the way in which it met an unprecedented explosion in demand across Dumfries and Galloway at the peak of the pandemic to ensure older people – many of whom were shielding in their homes – did not go without lifeline shopping supplies.

Among the other royals at Westminster Abbey  were the Countess of Wessex and Princess Beatrice, along with Zara and Mike Tindall. Celebrity guests included singers Leona Lewis and Elli Goulding, comedian Jason Manford and television presenter Kate Garraway. All faiths were represented in the service.

Royal Carols: Together At Christmas airs on ITV at 7.30pm on Christmas Eve.