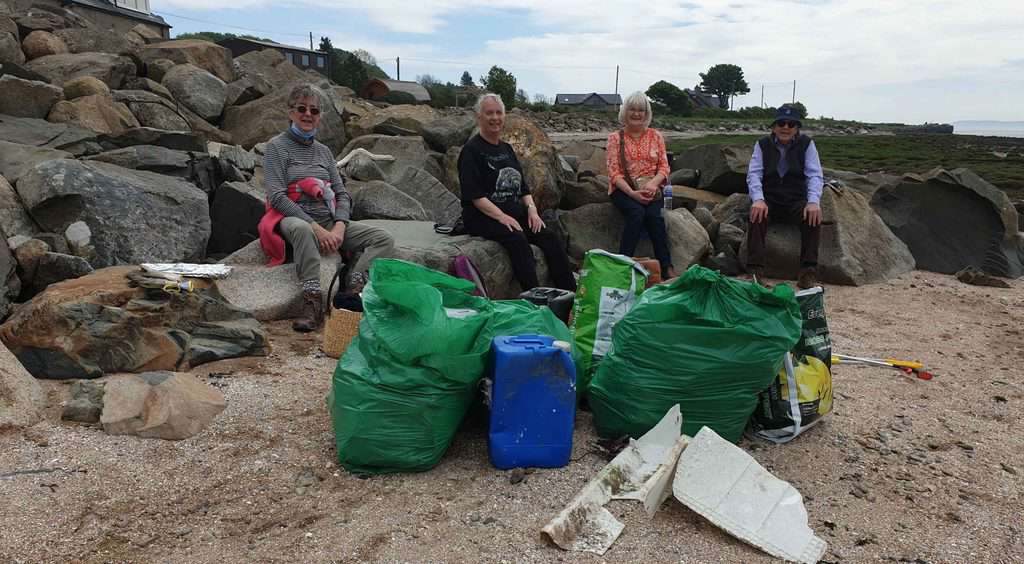 Teams at Waterloo Terrace, Creetown and Rigg Bay, Garlieston, armed with litter pickers, gloves and protective clothing, tackled the detritus washed up on the Solway Firth shores to try to alleviate the impact on the environment.

Moyra Breckenridge, from the Creetown crew, said: “ It was a good exercise to meet up while doing something useful to improve our local surroundings. But it is so disappointing how people’s careless behaviour leads to a build-up in our beautiful countryside.

“We were grateful to Dumfries and Galloway Council who provided the equipment and collected the rubbish quickly.”

The events were one of several activities Wigtownshire u3a organised as part of national u3a Day officially opened by the Lord Lieutenant of Wigtown, Mrs. Aileen Brewis.

Membership of Wigtownshire u3a is open to semi- and fully retired people – for more information, see https://u3asites.org.uk/wigtownshire; or email sec.wu3a@gmail.com