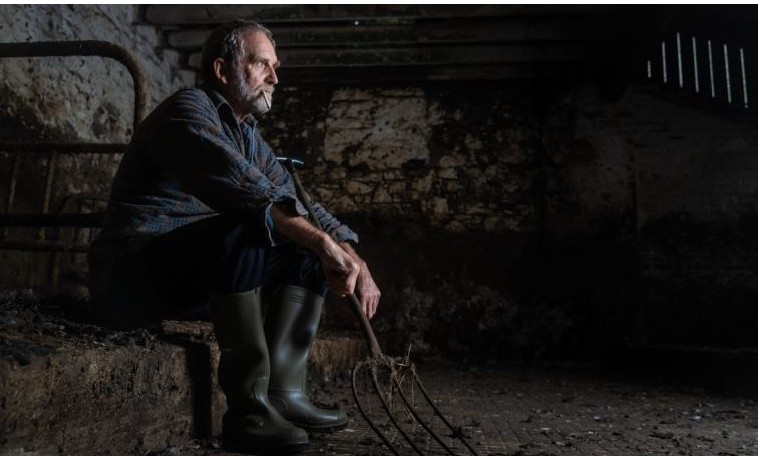 Theatre company and charity Wonder Fools are looking for submissions of memories and stories from residents of Dumfries and Galloway to create a digital archive that will support a theatre production taking place next spring.

And Then Come the Nightjars by Bea Roberts is a stage play exploring the devastating impact of the foot-andmouth crisis in 2001 and will be presented at Fullarton Theatre in early 2022 in collaboration with Crossmichael Drama Club. The play is a gut-wrenching but heart-warming story about loss, friendship and, above all, a celebration of rural life and local heritage. Originally set in Somerset, the play will be relocated to Dumfries and Galloway, one of the hardest hit areas of the epidemic aiming to reach audiences across the south of Scotland who suffered the disease’s ramifications.

Alongside the production, the company will be providing a digital archive funded by The National Lottery Heritage Fund. This is after the success of previous archive project www.549.scot commemorating the 549 Scots that fought as part of the International Brigade and supported their show 549: Scots of the Spanish Civil War. The new archive will be launched online in late November and will feature sound recordings of interviews with local people as well as photographs of those interviewed. Interviews will be underscored by music composed by performance duo VanIves from Castle Douglas, composers of the upcoming production.

The company are calling out for anyone with memories of the time that they would like to share to get in touch. Interviews will be conducted online and in person with local young people, deadline for interview sign ups is the 6th October. They will be mentored by the Wonder Fools team during 11 – 24 October. The company are also calling for any photographs, videos, or written memories to be submitted via their website.

Director Jack Nurse from Kirkcudbright says:
“As we work towards the production next year, we are creating a variety of ways for the local community to get involved in a meaningful and impactful way aside from the production itself. The archive will become a living piece of local history that can be accessed globally as a way of exploring what happened, how the community
was affected and reflecting on how we can recover from this current pandemic. We’re looking for a range of perspectives, from vets and reporters to farmers and others working in agriculture, as well as residents of the region. All will help to tell the true stories behind the headlines and those being played out on stage. So, if you have a story to share then please do get in touch.”

As well as being presented online, the archive will be presented as an interactive exhibition as part of the theatre production of And Then Come the Nightjars at the Fullarton Theatre in February 2022. Audience members will be able to scan QR codes found on objects from the show, using tablets to hear the interviews from members of their own community.

More information as well as forms to sign up to be interviewed and submit images and videos can be found on the Wonder Fools website: www.wonderfools.org/nightjars-archive
This project is funded by the Culture Recovery Fund for Heritage. The Culture Recovery Fund is being delivered by The National Lottery Heritage Fund and Historic England, using funds provided by the Department for Digital, Culture, Media and Sport.