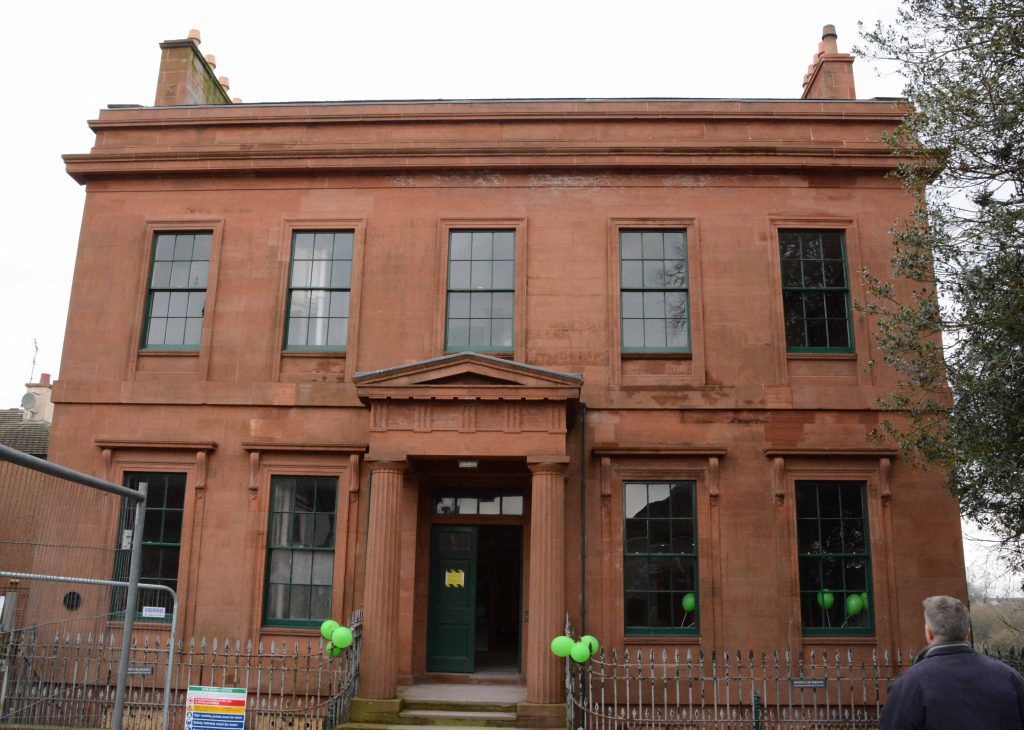 The first play written by one of Scotland’s most celebrated storytellers is to be performed for the first time in almost 140 years.

Peter Pan author JM Barrie wrote Bandelero the Bandit when he was a 17-year-old pupil at Dumfries Academy in 1877.
It was staged twice in the town, with Barrie in one of the starring roles, prompting an outcry from a local church minister who branded it “grossly immoral”.
Since then it has largely been forgotten but now the Scottish Youth Theatre are in talks to bring the play back to a Dumfries stage.
They hope to put on a full performance in 2017 – the year that Moat Brae house and gardens, which inspired the story of Peter Pan, opens as Scotland’s Centre for Children’s Literature and Storytelling.
Peter Pan Moat Brae trustee Flora Burns said: “It is pretty clear that by the time Barrie had finished his secondary education in Dumfries he knew he could entertain an audience and critics couldn’t stifle that talent.
“We are very excited to be working with Scottish Youth Theatre to celebrate his early work in writing and producing Bandelero.
“We can see how Barrie’s talents were nurtured by his friends, his school and his community and how his imagination flourished through the games he played in the ‘enchanted land’ at Moat Brae.
“It is that kind of encouragement and support we will seek to emulate for emerging young talent at Moat Brae.”
Under plans being drawn up, the theatre group’s SYT Productions will perform a “rehearsed read through” of Bandelero the Bandit next year.
The final full performance in Dumfries Academy’s Minerva Hall will be part of an event which will also feature plays by contemporary young writers.
The play is a historical farce which centres on a bid to free Bandelero from his unjust imprisonment.
Mary McCluskey, artistic director and chief executive of the Scottish Youth Theatre, said: “It’s going to be great fun for everyone involved. It’s a very melodramatic play which will be a bit of a laugh, with heightened emotions, heightened physical gestures, heroes, villians and damsels in distress.”
The trust discovered the original transcript of the play, written in Barrie’s handwriting, among a collection of the author’s works in the Beinecke Rare Book and Manuscripts Library at Yale University.
It is kept with press cuttings from the time which chart the controversy sparked by the Rev David Lawson Scott, a member of the Academy’s school board, who said: “…there is no system on earth more fitted to demoralise the young men than a series of theatrical performances.
“Look at the character of the people who frequent them. Are they the pious, the prayerful or the Godly? No we find that theatregoers are just the irreligious, the frivolous, the giddy, aye, and even sometimes a great many who are nothing better than the offscourings and scum of society.”
His views sparked a backlash among theatre goers and letter writers to newspapers however. The school also backed Barrie and friends, encouraging them to set up their fledgling Dumfries dramatic society.
Earlier this week Dumfries and Galloway Council approved plans to transform Moat Brae into a Centre for Children’s Literature and Storytelling.
Barrie played in the gardens of the house when he was a boy in Dumfries. When he returned to the town many years later, he credited them with inspiring the tale of the boy who never grows up. He said: “..our escapades in a certain Dumfries garden, which is enchanted land to me, were certainly the genesis of that nefarious work.”