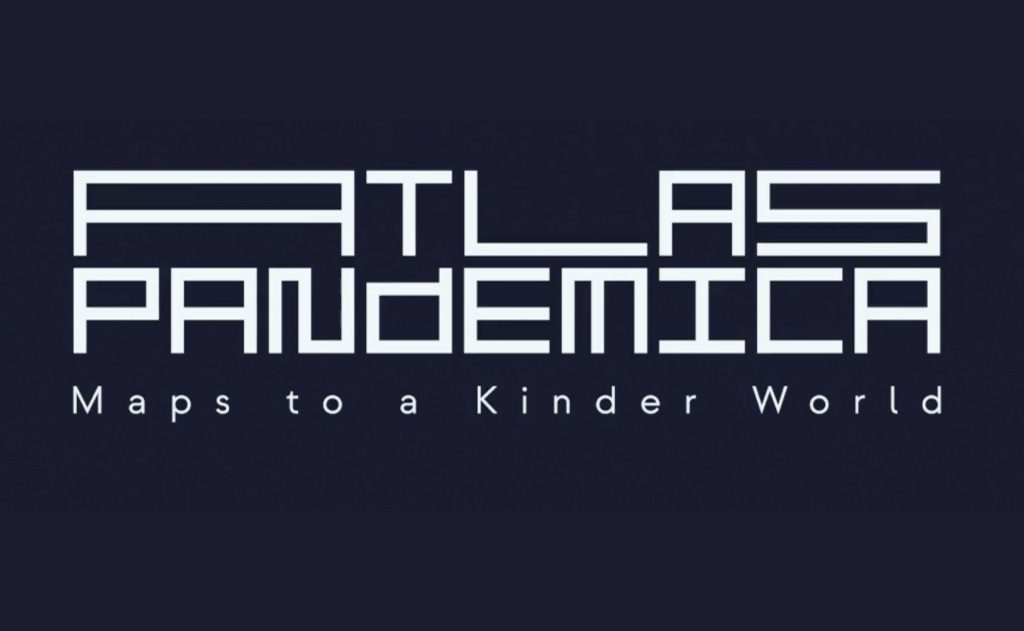 The Stove’s Atlas Pandemica project is being exhibited throughout COP26 as part of the ‘After The Pandemic’ programme of cultural and community activity in Glasgow’s city centre.

The exhibition, designed by Alan Cameron, is at Strath Union, University of Strathclyde, 90 St John Street G1 1JH and is open daily from 10am – 5pm 1st -12th November

Atlas Pandemica: Maps to a Kinder World is a unique compendium of 10 projects led by creative people, each investigating a different theme highlighted by life during the COVID pandemic. Projects worked directly with people in Dumfries and Galloway, focussing on the impacts and the learning from the community’s experience of the evolving pandemic.

The project was conceived, and is managed, by community-led arts organisation The Stove Network and curated by Matt Baker and Robbie Coleman. The project is supported by Scottish Government’s ‘Supporting Communities Fund’ Atlas Pandemica is just one of the many stories of creativity filling in for lost essential services and proving critical to peoples’ wellbeing. Some Atlas Pandemica projects have already developed into ongoing initiatives with their communities while others suggest blueprints and case studies for future activity. The exhibition includes a ‘Futures Document’ with a set of practical actions and ideas for how a creative, collaborative, and mutual approach for the region of Dumfries and Galloway could be developed in the future.

Matt Baker co-curator of Atlas Pandemica and Orchestrator of The Stove Network said:

“Creativity has played such an important part in the way we are all moving through the pandemic. Atlas Pandemica used creativity and creative people to explore some of the ways our communities have been impacted by Covid and developed strategies to deal with it. Taken together the projects present a tantalising glimpse of how we could do things differently and inclusively if we adopted creativity as a problem-solving for society as whole, including climate change.” The Atlas Pandemica projects are:

• ‘Here is Our Story’ – Karen Campbell

• ‘Beauty in the Broken’ – Peter Smith

“It was wonderful to use my voice again, to hear my voice again.” (AP participant) Atlas Pandemica projects collaborated with the following communities: • Unpaid Care Workers

• Workers involved in death and dying

• Residents within a remote rural community

• Creative freelancers who have lost their income

In total the AP projects have engaged the ongoing participation of 330 members in the co-production of the projects. In excess of 10,000 people in D+G have engaged with the project through contact with its outputs online or in physical space.