A Day Of Vintage Vehicles in Dumfries & Galloway 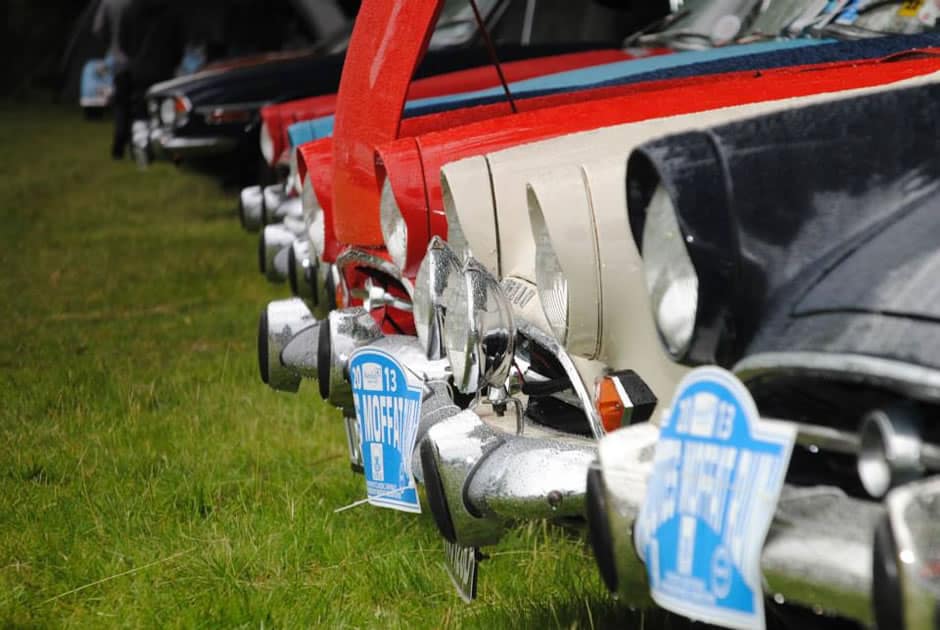 As a keen amateur photographer, I love to get out and about in Dumfries and Galloway when I can and take advantage of our wonderful countryside and some of the amazing events we have in the area!  As most of you know , I try to share my photo’s on the DGWGO pages for you all to enjoy.

Sometimes there is so much happening in D&G I just can not get to it all , and this weekend was one of those times! As I was busy working on Saturday at my normal job, it had to be a Sunday trip with the camera. And as it happened on Sunday just ( 30th June 2013) we had 2 fantastic events happening , The Dumfries Transport Group were holding their Truck Show at Park Farm in Dumfries , and it was also the fantastic Moffat Classic Car Rally . So for a wee change I decided to go and photograph some vintage vehicles instead of landscapes and castles!

I had been kindly invited to the truck show at Park Farm by the organisers , it was brilliant, although the morning was a bit overcast , there were great crowds there to see the 280 Lorrys, Trucks ,Vans , Tractors ad even Steam Engines! I was spoiled rotten , so many great things to photograph . One of my favourites being the large steam engine owned by T French Transport from Cumnock . I spoke to Tom French , the owner, while he was busy filling the Steam engine with water. He had to use a bucket as he hadn’t got a hose, and it took a huge mount of water to fill the tank. The steam engine called ‘Billy Boy’ was massive. Very noisy , but the smell of the hot fire, oil and steam combined was fantastic ( it’s a shame photo’s can’t catch that) . Tom was telling me Billy Boy had once been a Steam Roller that belonged to Rochdale Council ,but had been converted into a Traction Engine when it had been restored. Billy Boy weighed about 24 ton and was in beautiful condition, bright shiny brass and Chrome and lovely varnished wood , and rich red and gold paint! It was fantastic to get up so close to such a great piece of engineering, and I must thank Tom for taking the time to chat to me!

Another one of my favourites at the Show was the James Gordon’s Recovery Vehicle , a Massive ex military Crane , that used to be used for rescuing stuck Tanks! But is now used for helping More civilian vehicles! I have actually seen Graham Montgomerie of Gordon’s rescue a tipped tractor with this crane once, and it made the 5 ton tractor look like a child’s toy!

After having a great hog roast roll from Taste of Galloway‘s stand followed by an ice cream from Glen Urr for my lunch , I headed off to the Moffat Vintage Car Rally. Which I must admit I thought I wouldn’t get to take any photographs at, because the heavens opened at it was pouring down!

But by the time I reached the Wonderful wee town of Moffat, it was starting to clear, although I was starting to panic, as I had met several of the Classic Cars heading home on my way! But when I got there , there were still hundreds of cars to see in the field at the Moffat Show Ground! Every type of car you could dream of from Ferraris to an Arrol Johnston that was built in Dumfries , which had two wonderful Border collies sitting in it, one posed perfectly for a photo or two, while the other was sound asleep and didn’t seem to care much about the crowds looking at the car at all!

There were over 900 cars involved in the rally altogether, and I must admit, as a car enthusiast and a photographer , it was fantastic to see. The car owners were so friendly, and would answer any questions you had, and they love you to take photos. I am ashamed to say I had never attended either event that I visited on Sunday before. But I will defiantly go to both again, and I can not recommend them enough as great family days out!