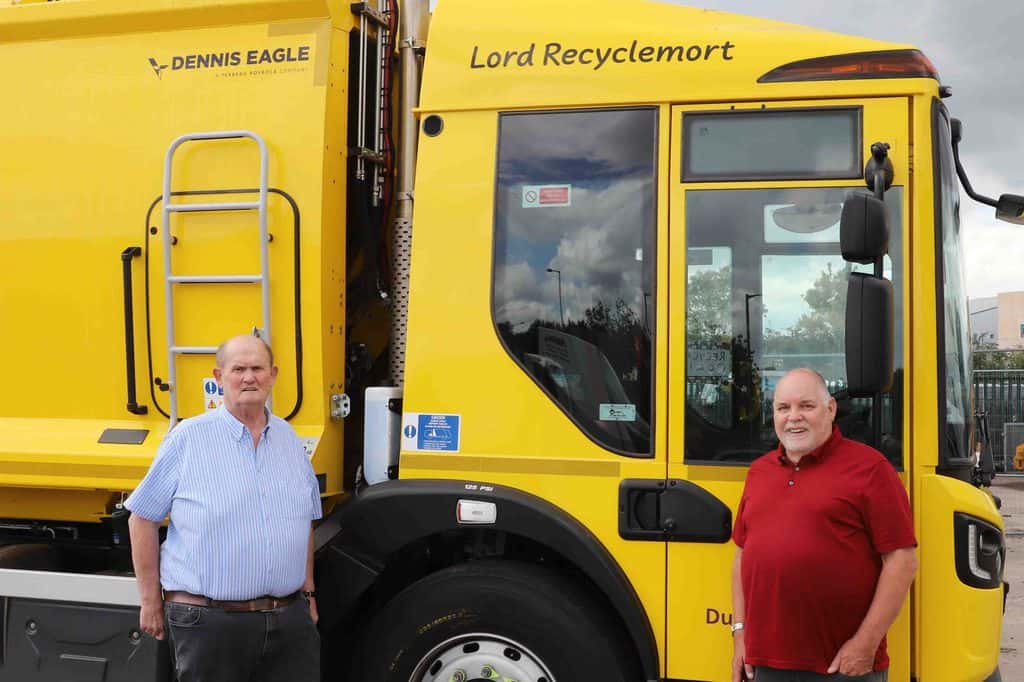 Dumfries and Galloway Council’s waste collection lorries have been given a touch of celebrity status after being named in a competition involving school children from across the region.

The 24 vehicles, including two new electric lorries, used to collect waste throughout Dumfries and Galloway will now be known by their new monikers which include Dustbin Bieber, Trash Gordon and The Binions. Bin Diesel, Ter-Bin-Nator, Greta Binberg and Binny McBinface were other winning entries while the new electric vehicles, which operate in Nithsdale and Wigtownshire, will now be respectively known as Pollution Solution and Lambergreenie.

The naming competition was run in conjunction with the launch of the region’s new kerbside waste and recycling service, with Dumfries and Galloway Council inviting primary school and first year secondary pupils to put forward their suggested names for the bin lorries. The waste collection fleet, which covers over 500,000 miles per year collecting household waste and recycling, will now do its rounds with the quirky new names emblazoned across its vehicles.

Following the introduction of kerbside recycling collections in Wigtownshire last November, the service was extended to Stewartry in March and then rolled out across Nithsdale and Annandale & Eskdale.

Most households in those areas received two 240 litre recycling wheelie bins – a blue-lidded bin for paper, card and cardboard; and a red-lidded bin for plastics, metals and cartons. Flats and other properties which cannot accommodate the standard size bins have received shared recycling bins or reusable recycling sacks. The new service operates over a four-week cycle, with residents’ recyclable and non-recyclable waste collected on an alternating weekly basis with only one bin set out for collection each week.

“Well done to all the primary school pupils who entered the bin lorry naming competition. There were so many fantastic and very funny suggestions and the judges really struggled to choose the winners! Residents throughout Dumfries and Galloway can now keep an eye out for the newly named lorries as they travel throughout the region doing their rounds, including collections for the new kerbside recycling service.”

“It’s great to see so many young people getting involved in this competition as kerbside recycling is rolled-out across Dumfries and Galloway. We’re delighted with the initial success of the new service and we encourage local residents to continue their efforts in recycling their waste as our newly christened collection lorries visit their communities.”

More information about the new service, including a full A-Z list of what can be placed in each bin or recycled at a household waste recycling centre, plus dates for when the service will be rolled out to different areas across Dumfries and Galloway, can be found at: www.dumgal.gov.uk/wasterecycling