Blood Bike Named After Nurse Of The Year Jenny 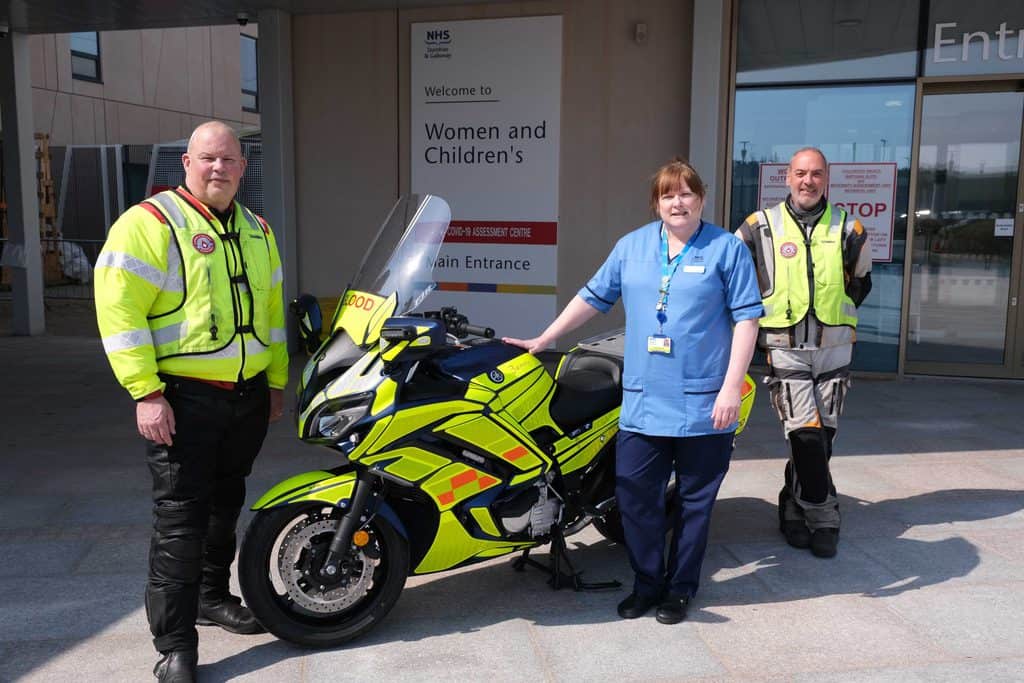 Local nurse Jenny Manson who was awarded Scottish Nurse of the Year in December 2020 has been given another accolade this year as charity Dumfries and Galloway Blood Bikes has named a new bike in her honour.

Since its foundation the charity has always named its bikes.  The idea has been to honour those who have made an impression on them with their work for, and on behalf of the NHS, or to show respect to those who have helped them carry out the work they do for the NHS.

Jenny, a Community Children’s Nurse, was recognised by the Scottish Health Awards for her extraordinary dedication to caring for children in poor health, putting them and their families first.

Jenny Manson, NHS D&G, said: “It is such a privilege to have one of the charity’s bikes named after me.  I was surprised and delighted to hear of their intention as this is a service I appreciate and value so much.  I would like to say a big thank you to D&G Blood Bikes for the service they provide and for this fantastic honour naming of one of their bikes after me.”

Bob Morrison, volunteer and secretary for D&G Blood Bikes, said: “When we knew of Jenny’s award we wanted to mark her admirable achievements in some way and could think of nothing better than naming one of our new bikes after her. In many ways her award epitomises the hard work and positive attitude of all of our local NHS staff during the present crisis.”

Jeff Ace, Chief Executive for NHS D&G said: “We are delighted for Jenny to have one of the D&G Blood Bikes named after her.  We are extremely proud of her for being awarded Scottish Nurse of the Year.

“At a time when staff across our health and social care settings have been rising to the many challenges of dealing with COVID-19, there has never been a better time to recognise their outstanding efforts.”

“We would like to thank D&G Blood Bikes for recognising Jenny’s achievements and for their amazing contribution to our NHS.”