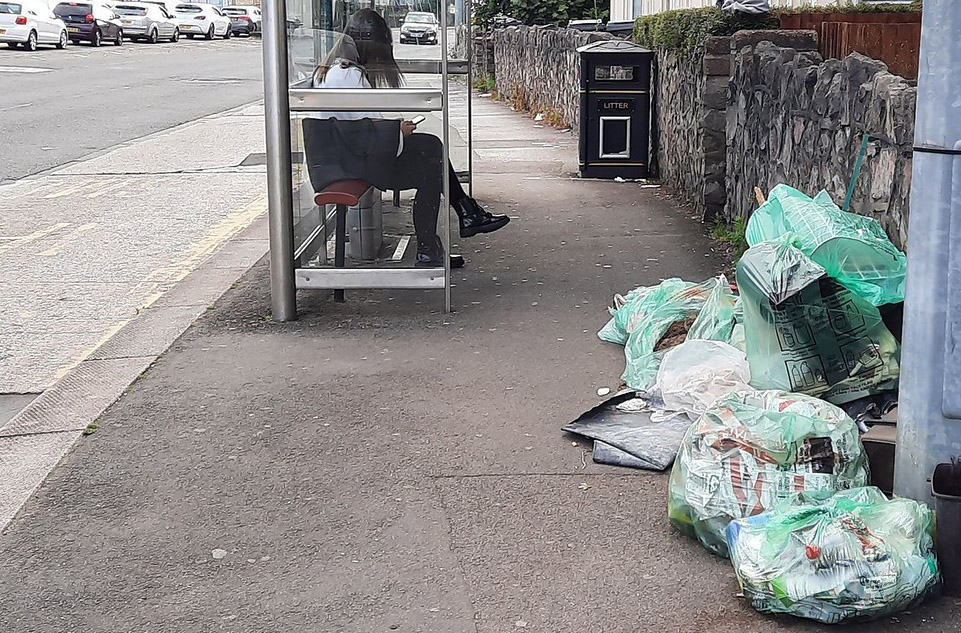 Living Streets, the UK charity for everyday walking is launching a campaign to rid Britain’s pavements of clutter.

Poorly placed bins, A-boards and excessive signage can clutter pavements and make it hazardous for people to get around. A recent increase in e-bikes, e-scooters, and on-street dining has seen more space taken away from pedestrians. Living Streets wants to cut the clutter on Britain’s pavements to make it easier for people walking and wheeling.

Cluttered pavements can prevent people with wheelchairs, buggies or Guide Dogs getting around easily and safely. Living Streets research finds that it can also impact on everyone’s desire to walk more, with a YouGov poll finding that over a third of people (34%) would visit their local High Street more if pavements were less cluttered.

The charity is launching a #CutTheClutter Week of Action (12-18 July 2021) and asking people to show where the clutter is in their local area on an interactive map. The charity is also helping people write to their local councils to tackle the issue.

“Our pavements should be wide enough for everyone to pass each other easily. When footways are blocked, it forces people into the carriageway and into traffic. Our research shows that people are more likely to get out and support their local economy when their streets are clutter-free.

“Town and cities nationwide have been using government investment to trial schemes to create more space for people walking, including widening pavements and closing certain streets to traffic. We should not undo all this great work and investment by crowding pavements with excessive signage and poorly placed street furniture.”

Living Streets’ Cut the Clutter campaign is being supported by British Cycling, Cycling UK, Guide Dogs, RNIB and Transport for All.

Katie Pennick from Transport For All recently highlighted the issues wheelchair users face from on-street dining in a Twitter video that’s been viewed over 1.9 million times.

“For wheelchair users, visually impaired people, and many other disabled pedestrians – street clutter can turn pavements into treacherous, disorienting, and difficult routes. A poorly placed A-board can put an end to a particular journey. Having to navigate constant obstacles puts many people off from walking and wheeling, excluding them from the benefits of active travel.

“It’s vital that we remove the barriers on our pavements to enable more people to enjoy moving around their local communities with freedom, ease, and independence.”

To take part in the Week of Action, visit livingstreets.org.uk/Clutter