Dalbeattie Primary Will Fly The Flag At Jubilee

Dalbeattie Primary is delighted to have been selected as one of the 200 schools, from throughout the Commonwealth, whose art work will be featured on silk flags, which will be on show during the pageant for the Queen’s Platinum Jubilee along The Mall on route to Buckingham Palace on Sunday 5th June.

The Primary 4/5 class took part in the competition to create artwork as part of ‘The River of Hope’ project organised by the Thames Festival Trust. Depute Headteacher, Alex Howie, worked with the Primary 4/5 pupils to explore the history and biodiversity of the local ‘River Urr.’ Learners found out about important local history associated with sites along the river’s banks as well as its wildlife and biodiversity. A particular focus was the Atlantic Salmon. In the past, the school has been pleased to have taken part in ‘Salmon in the Classroom,’ a project run by Galloway Fisheries Trust, which not only taught young people about the fish’s lifecycle but also alerted learners to the importance of safeguarding numbers of salmon in our river. 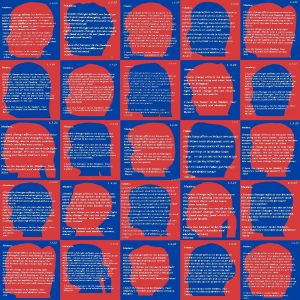 The children were aware of the possible effects of climate change on fish populations. At present, however, the message is one of hope and this was reflected in the artwork produced by the children. The pupils saved up their food packaging and discarded wrapping paper to recycle the materials into fish scales for their collages of salmon fish. In addition to these images, the children’s letters to Her Majesty The Queen about climate change, including messages of hope for the future of our planet, were re-imaged and overlaid on the children’s profiles in the style of postage stamps. These were submitted to form the other side of the same silk flag.

Thanks go to local teacher and former school pupil Steven Wilson who helped with the graphic elements.

The flags will be danced along as part of the pageant to highlight the Queen’s concern and care for the natural environment and the future of our planet.

Depute Headteacher, Alex Howie, said “Dalbeattie Primary is so proud to play its part in this important historical occasion to celebrate the longest serving reign of a British monarch, Queen Elizabeth II. As an eco school, we were also delighted to make the climate and the environment a focus of this project. We are so excited to hear the news that we have been selected and are looking forward to seeing our art work reproduced on one of the 200 silk flags.”

Dalbeattie Primary Headteacher, Elizabeth Duncan, said “I am very proud of the children and staff for all the thought and hard work that went into this project. It is an honour for our school to be part of this historic event.”