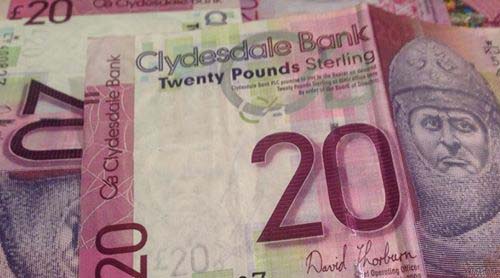 Mr Marshall became the subject of a police investigation in September 2016 with police officers subsequently seizing almost £20,000 worth of controlled drugs during a search of his home.

He was arrested, charged and later convicted of being involved in the supply of controlled drugs. Officers from Police Scotland’s Financial Investigation Unit launched a Proceeds of Crime Act (POCA) investigation in a bid to claw back money and assets MARSHALL had amassed through his criminal enterprise.

T/Chief Inspector Bryan Lee said “ My message is clear – if you try to profit from crime, we will use all tools at our disposal to go after offenders, even after they have been convicted in order to recoup any financial gains they may have made and to ensure crime doesn’t pay.

“This should serve as a warning to all criminals involved in the supply of illegal drugs- we will not stop at prosecution. Even after a conviction is secured, we will continue to use the Proceeds of Crime legislation to ensure that profits obtained through criminal conduct are confiscated from those who do not deserve them.

“The funds recovered from Marshall will be added to those already gathered from Proceeds of Crime and will be re-invested in Scottish communities through the CashBack for Communities programme.”

Mr Marshall has six months to pay the order.