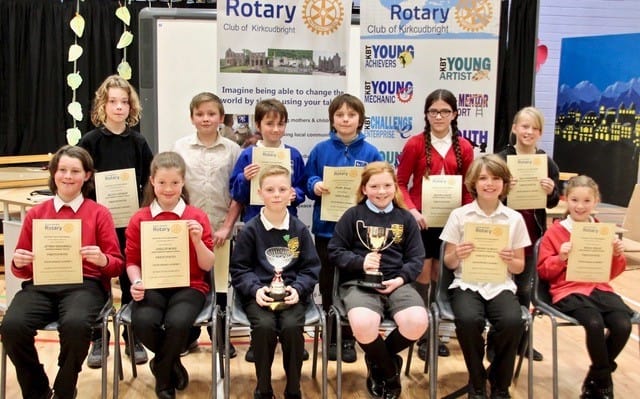 The winners were: 1st Beth Hutchison; and 2nd Jake Higgins, both from Gatehouse Primary School.

Murdo Shaw from Borgue Primary School was recognised by the judges as the most promising speaker.

The Head Judge, John Johnson, praised the pupils for their confidence and commended their efforts in participating in a most enjoyable event.

Gordon Cowan, President of Kirkcudbright Rotary, presented Beth Hutchison and Jake Higgins with their prizes, which included trophies and all 12 pupils received a Participation Certificate.

In her closing comments, MC for the evening , Louise Finch, thanked the teachers from the Primary Schools and the pupils’ families for their encouragement and support of the pupils who took part in this event.