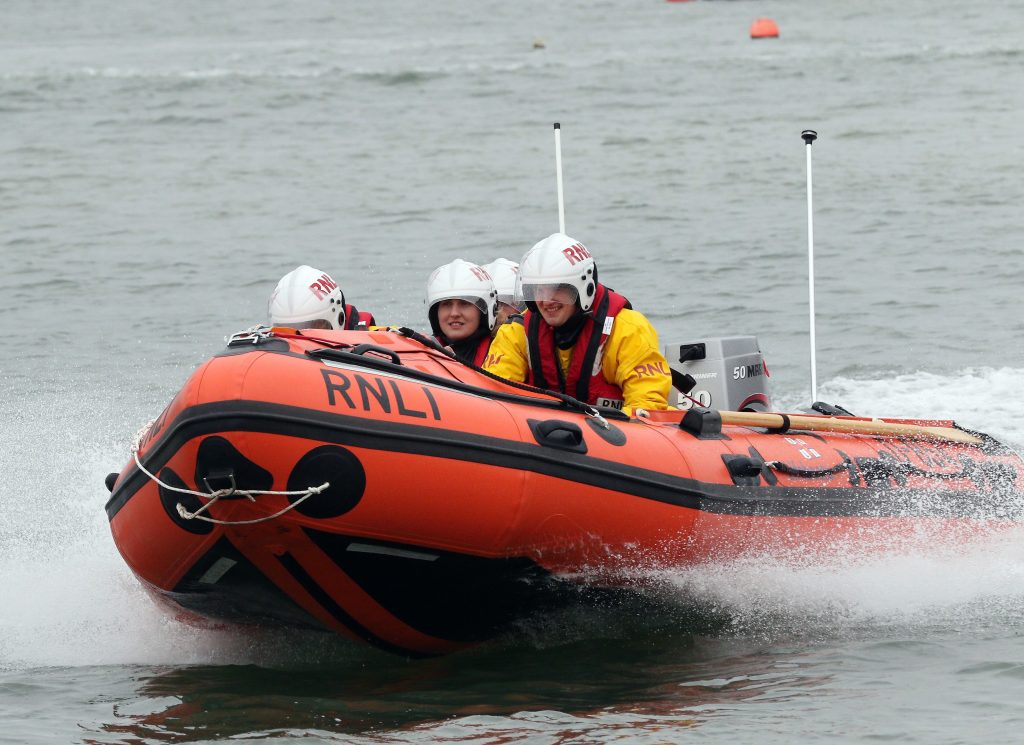 The crew at Kippford RNLI were pleased to be able to finally have an official naming ceremony for D class lifeboat Ronnie Sinclair a year after it arrived on station. 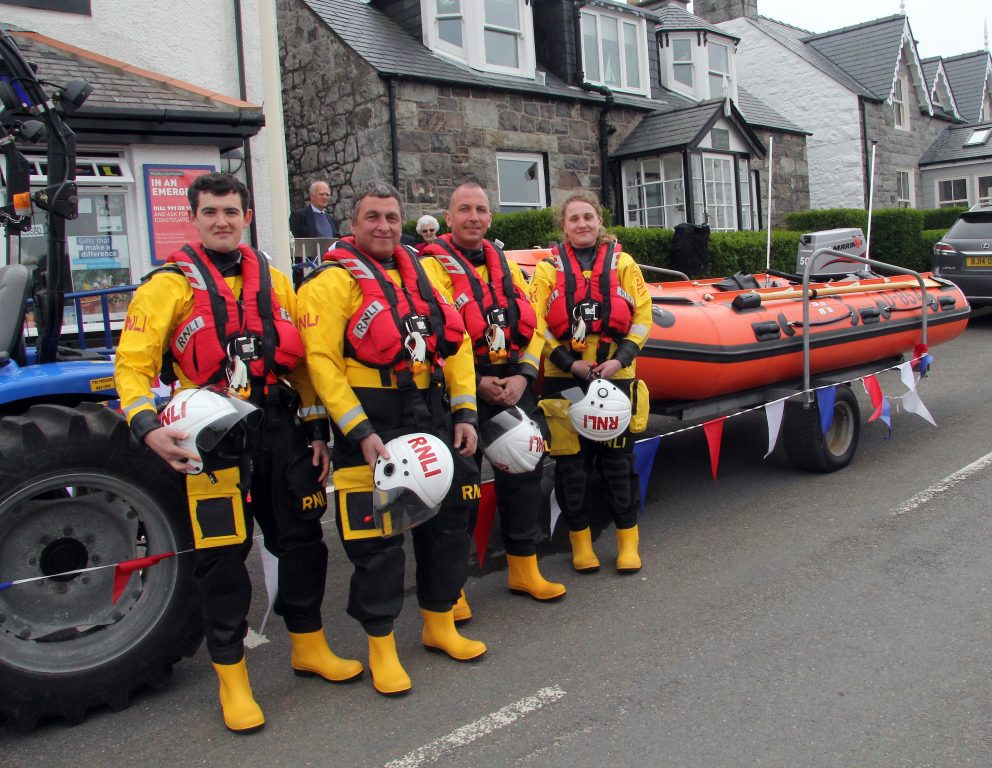 The new lifeboat arrived on 27 April 2021 but due to pandemic restrictions a naming ceremony was not able to be held straight away. The lifeboat station at Kippford was the setting for the ceremony which took place on Saturday 30 April. The dry weather held long enough for the assembled guests to enjoy the outdoor part of the event.

The Ronnie Sinclair was generously gifted to the RNLI by a legacy bequest from Sheila Sinclair. Sheila was a keen supporter of the RNLI during the course of her life, latterly spent in North Berwick. She asked that the lifeboat be named in memory of her late brother Ronnie who spent many years serving in the Royal Navy. The volunteers at Kippford RNLI were pleased that so many members of the Sinclair family were able to attend.

The ceremony was opened by Jim Prentice, Chair of the Lifeboat Management Group who welcomed everyone to the event in particular members of the Sinclair family. 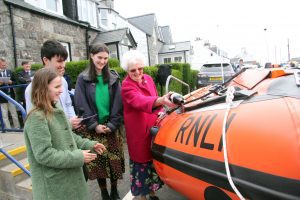 Nicola Crawford, daughter of Ronnie Sinclair, handed the lifeboat into the care of the RNLI and said: ‘It’s an honour to be able to hand this lifeboat to the RNLI named after my Dad and donated by my Aunt. Although she didn’t know which part of Scotland the lifeboat would end up in I think Sheila would be delighted to see it here in Kippford in this beautiful part of the country.’

Roger Lockwood, RNLI Trustee and chairman of the Scottish RNLI Council, accepted the lifeboat on behalf of the RNLI and handed it into the care of Kippford Lifeboat Station. Roger said: ‘The generous bequest for this lifeboat stands for two things firstly the memory of Ronnie Sinclair and secondly it is a gift of life. This boat will be used to save lives and we’re grateful for the management team, crew, fundraisers and supporters at Kippford who enable that to happen.’

Kippford Lifeboat Operations Manager Gareth Jones gratefully accepted the Ronnie Sinclair on behalf of the station and crew. He said: ‘I speak on behalf of everyone at Kippford RNLI when I say this is a proud day for the station.’ Gareth also told the guests that the lifeboat had already launched seven times on service since being on station as well as being regularly used for training exercises over the previous twelve months.

There was then a service of dedication led by the Reverend Oonagh Dee before Jim Prentice invited Norma Sinclair with Angus, Isobel and Stella Crawford to name the lifeboat. Following a vote of thanks the lifeboat was launched and the volunteer crew proceeded to give the assembled crowd a demonstration of the capabilities of the vessel. Everyone was able to see how fitting the D class lifeboat is for the Kippford area as the boat showed off it’s speed and manoeuvrability in a tight space.

The guests were then invited to join the crew for refreshments at the village hall.