The Cochran Hall at Kirkcudbright Academy was the venue for the Rotary Club of Kirkcudbright’s 2018 Youth Speaks Competition recently.

In the presence of a large audience, twelve pupils participated, with equal representation from the Junior School and the Senior School.  As always the topics covered a wide range of interests, including ‘The Importance of Music’, ‘Female Genital Mutilation’, and ‘The Origin of Speech’.   The various talks demonstrated the significant element of insight on the part of all of the pupils in relation to their chosen subject, and the enthusiasm and ability of the participants was readily apparent to the audience.

The panel of judges was drawn from the Academy (Miss P. Wells), the community (Mr Sandy Henry), and the Rotary Club (Mr Andy Courtnadge), and they most skillfully discharged their duty.  The winners were, from the Junior School: 1st Ruby Patterson; 2nd Erin Findlay; 3rd Scarlett Carter; and from the Senior School: 1st Stephen Dale-Sunley; 2nd Emma Murray; 3rd Douglas Grieve.  Ben Durham was recognised by the judges with the awarding to Ben of a certificate as the most promising speaker. The winners of both sections will next deliver their speeches at the Rotary Club meeting on Tuesday 9th October. 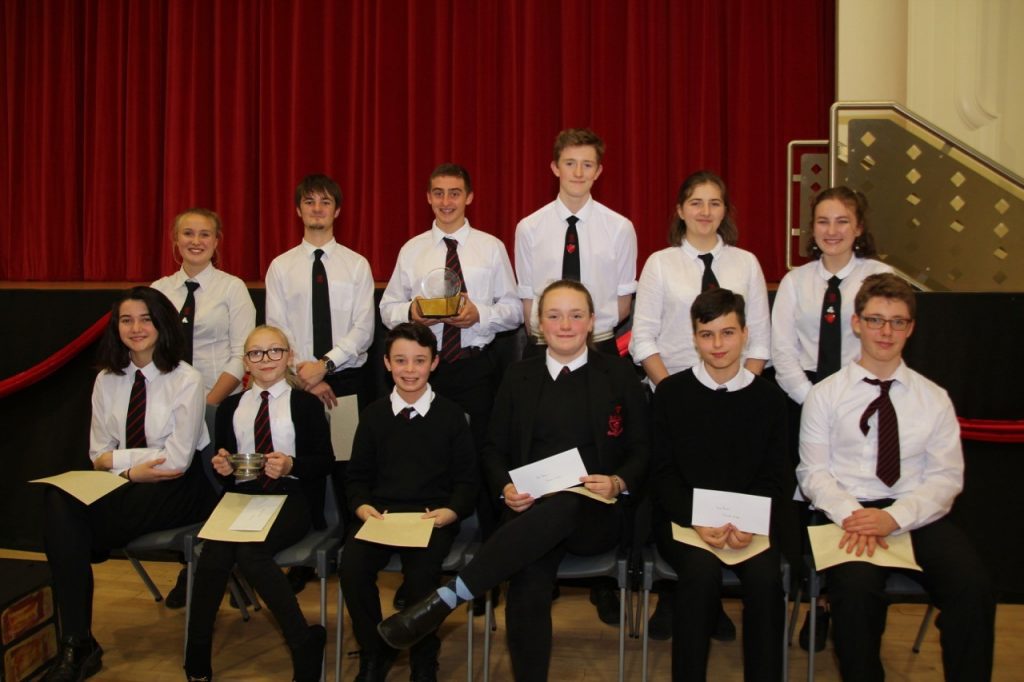 In his closing remarks MC for the event, Gavin Scott, observed that the competition had been a great success and commented upon the element of mutual support among all of the participants in the lead up to the competition.   Particular tribute was paid to Mr D Grounsell, Acting Principal Teacher of English and Modern Foreign Languages, for promoting the competition and for all of his support with the arrangements.   Paul and Mary Tebay were also thanked in recognition of their having attended the Academy to listen to the pupils and to provide guidance.

The audience all much enjoyed what the pupils had to say and noted the confidence of the delivery of the talks.