Lincluden Collegiate Church has been voted as one of six Hidden Gems in Scotland through an online Facebook competition ran by Dig It! 2017. As part of Scotland’s Year of History, Heritage and Archaeology, Dig It! 2017 worked with partners across the country to unearth six of Scotland’s extraordinary hidden gems. Lincluden Collegiate Church was entered into the competition by Community project ‘Hidden Histories of Dumfries and Galloway’ which is supported and delivered by Sleepig Giants’ CIC, to win a range of historical resources to use during the month of September as part of Scottish Archaeology Month.

Debbie McDowall, director of ‘Sleeping Giants’ commented, “We would like to thank everyone who has helped to make this amazing win for Lincluden Collegiate Church possible. It was fantastic to see our community take ownership and pride in our beautiful heritage space and see it become successful within this competition. Congratulations to all 28 hidden gems sites, and a big thanks to Dig It! 2017 for running a super charged competition, as well as Creative Futures for helping us to engage our local community.” 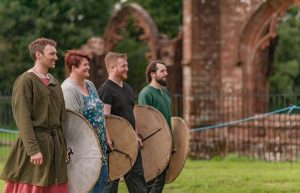 After two months of voting on Facebook, the six Hidden Gems were revealed earlier this week. As well as Lincluden Collegiate Church, Govan Stones, Ardrossan Castle, The Howff, James Watt Cottage and Campbeltown Picture House were also competition winners. Unlike the World Heritage Sites, you won’t find these places featured in as many travel guides, postcards or Instagram feeds. They might be a little bit quieter, harder to find and rougher around the edges, but that’s all part of the experience of these special places. 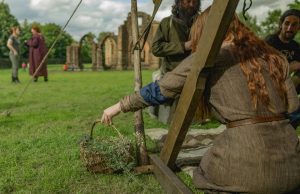 Lincluden Collegeiate Church is supported by the organisation ‘Hidden Histories’; a project which works hard using funds awarded by the Heritage Lottery Fund to protect and promote this special place in North West Dumfries. The Community Organisation are now preparing to host a fantastic event in September at the Abbey as a centrepiece to Scottish Archaeology Month.