LORRY ON FIRE ON A712 AT BALMACLELLAN 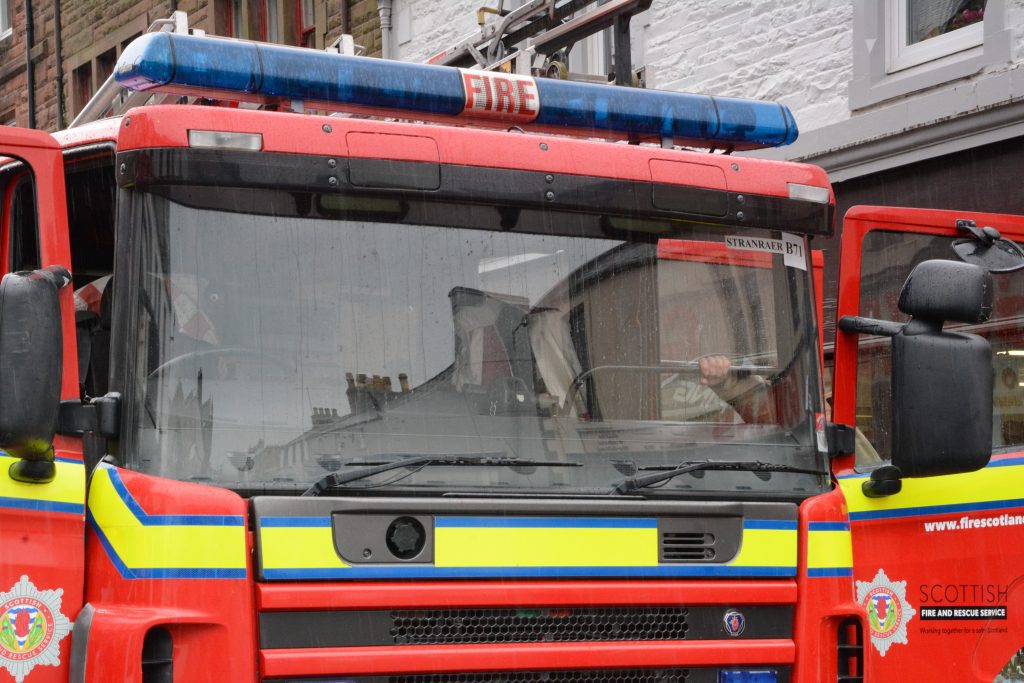 Lorry on fire in Dumfries and Galloway

Incident in progress on the A712 at Balmaclellan.

Firefighters are currently tackling a fire involving a lorry on the A712 at Balmaclellan in Dumfries and Galloway.

Scottish Fire and Rescue Service (SFRS) crews were mobilised to the incident in response to a 999 call made at 11:15am, with two appliances initially sent from Dalbeattie and New Galloway.

A third appliance was mobilised from Castle Douglas at the request of first responders and firefighters in breathing apparatus are working to extinguish the fire using a high pressure jet.

Police Scotland officers are in attendance to control traffic on surrounding roads as the lorry is situated at a junction.

Nearby homes were evacuated as a precautionary measure however residents have since been allowed to return to the properties following confirmation that two propane cylinders on the vehicle are empty.

There are no reports of any injuries.