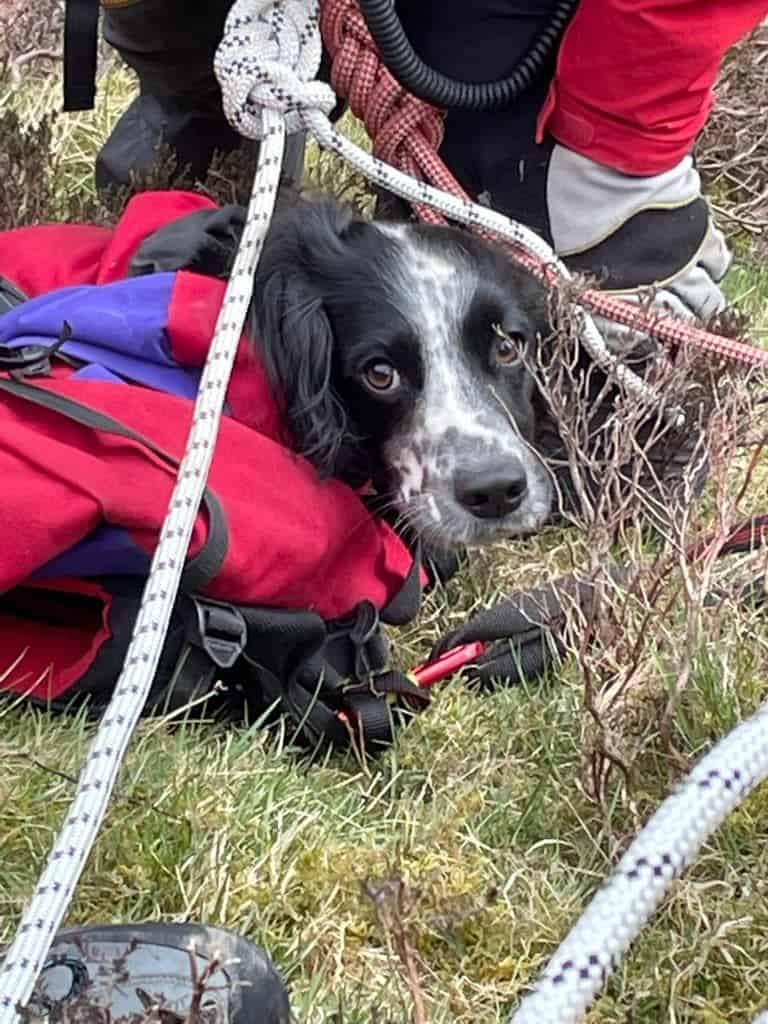 At 1.00pm today 14 April 2021 Police Scotland asked for the assistance of Moffat Mountain Rescue to find a 15 month old Springer Spaniel puppy that had fallen in the Grey Mares Tail waterfall near Moffat.

The pup had slipped his lead and then fallen below the main path.

Two teams were dispatched on either side of the waterfall to try and locate the pup. The team could hear him whining but he was very difficult to locate. After about 45 minutes of searching, he was spotted by the search team on a small ledge having fallen over 300 feet. There was still another 300 foot of vertical drop below Louis’ resting place.

The team set up a technical lower with ground anchors and lowered a team member down to the very frightened dog. It took some time to calm Louis down and coax him into a rucksack while the team above changed the lower into the technical raise with a pulley system to bring the team member and Louis back up to safety.

Unbelievably Louis was not injured and was able to walk off the hill to be reunited with his extremely grateful and excited owners at about 1630 about 5 hours after the incident had occurred. 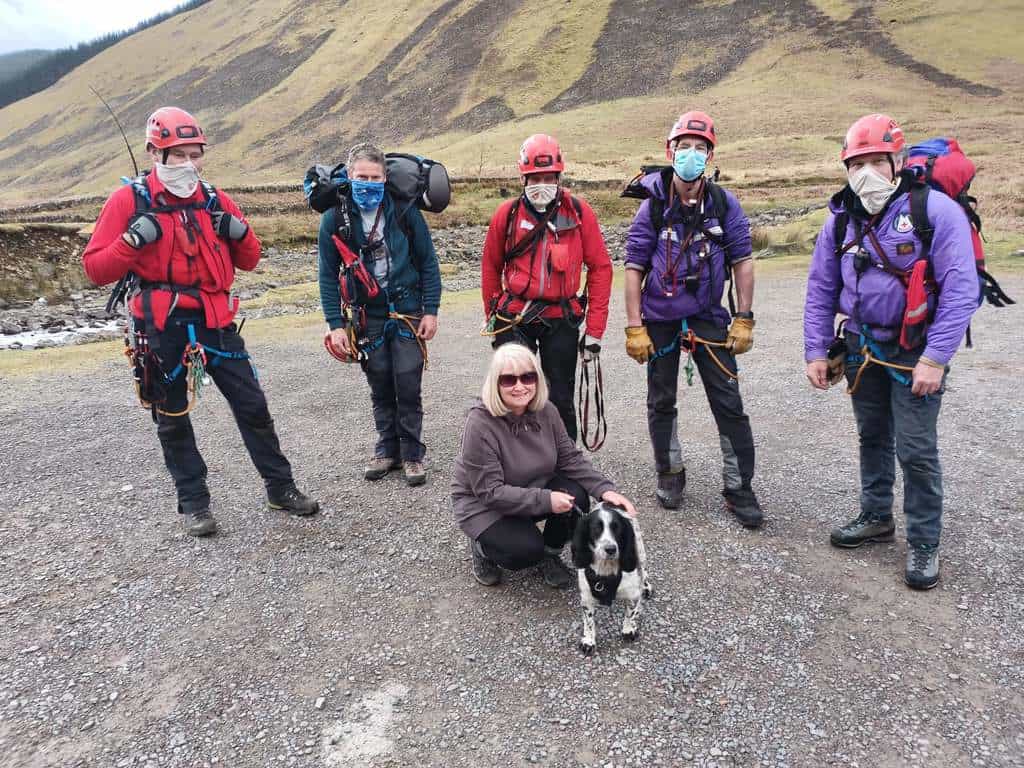 All in all, a very satisfying days’ rescue for the team. The whole of the team wish Louis well and hope he gets a good supper tonight!

The team is run entirely by volunteers and is funded mostly by public donations if you think you may be able to help the work of the team please visit our just giving page https://www.justgiving.com/mmrt