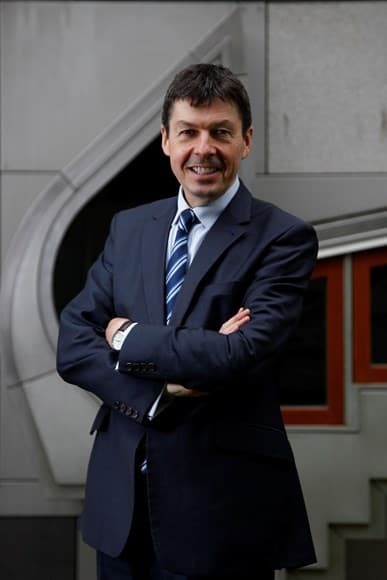 The Scottish Parliament’s Presiding Officer, the Rt Hon Ken Macintosh MSP, will reflect on the first 20 years of devolution and explore the challenges that lie ahead, during a speech in Dumfries on Friday 9 November. Earlier in his visit to Dumfries and Galloway, he will also meet school pupils at Lockerbie Academy, and attend a coaching session with Queen of the South’s community girls’ club.

The speech, delivered in partnership with the Royal Society of Edinburgh, will look back on the transformations in the political landscape since 1999, and contemplate how the Parliament must prepare to serve a changing Scotland through unpredictable political times.

The Presiding Officer will also meet with pupils from Lockerbie Academy who have submitted evidence to a Scottish Parliament Committee inquiry. He will hear their thoughts on the Parliament and find out more about their experiences of being involved in Holyrood’s work. At Queen of the South, the Presiding Officer will help out with a training session after learning about the club’s efforts to engage with the local community.

Speaking ahead of the visit, the Presiding Officer said:

“As we look ahead to the 20th anniversary of devolution, it is natural to reflect on the challenges we have faced and on the Parliament’s achievements.  Such reflection is an essential part of our learning, helping us to develop and evolve as a Parliament.

“Meeting young people from Lockerbie Academy and Queen of the South’s girls’ club, who are younger than the Parliament itself, is a great opportunity for me to hear from a generation who didn’t know Scotland before devolution. As the Parliament seeks to reform and build for the future, it is vitally important that we listen to these voices to ensure we remain as relevant and innovative as we were in 1999.

“I am very much hoping to be able to build on the themes I hear from the young people when I share my thoughts on the future direction of the Parliament.”

The Presiding Officer’s speech will take place at The Usual Place on Friday 9 November from 7.00 pm – 8.45 pm. Tickets are FREE but must be booked at: www.theRSE.org.uk/events