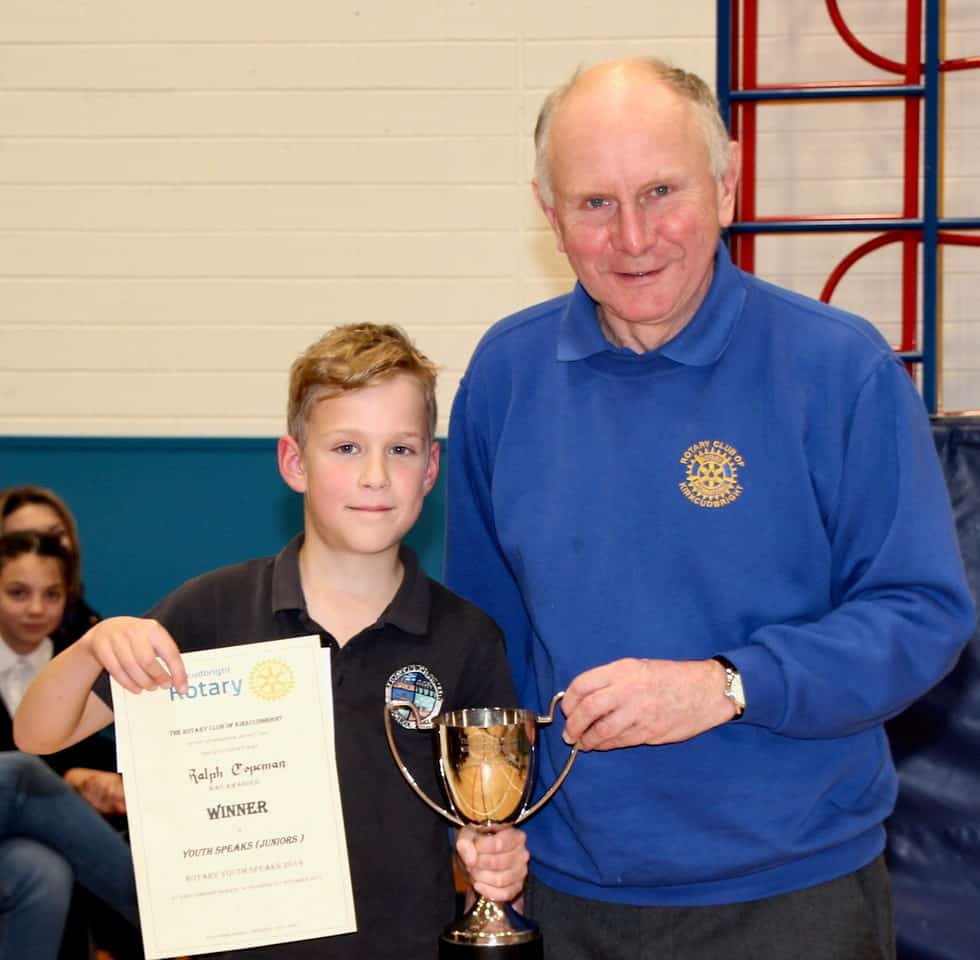 The judges were Gordon Cowan, Ian Rodger and Graham Finch. Their difficult task completed, Graham delivered the judges comments and announced the winners.

Third equal were Clary McLaughlin-Clear from Gatehouse Primary who spoke about the impact of Multiple Sclerosis and Carla Stevenson from Kirkcudbright Primary whose subject was pigs.

Second place was awarded to Beth Hutchison who spoke about Parkinsons Disease; Beth is also a pupil at Gatehouse Primary

The very worthy winner was Ralph Copeman from Kirkcudbright Primary who spoke about computer programming. Ralph spoke with conviction, engaged his audience and used humour cleverly. His visual Aid was excellent.

The certificates, prizes and cups were presented by Alex Kinnell, president of Kirkcudbright Rotary Club.