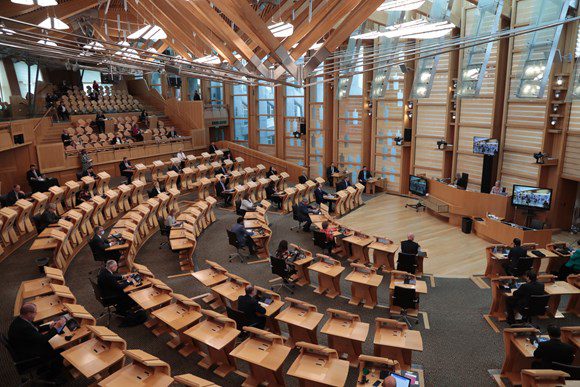 Funding of £65 million has been provided by the Scottish Government as part of UK’s military aid for Ukraine.

It will make up part of the £1 billion being provided for state of the art equipment including sophisticated air defence systems and thousands of pieces of vital kit for Ukrainian soldiers.

This follows £4 million in financial aid provided by the Scottish Government for humanitarian assistance for Ukraine, and a further £3 million worth of medical supplies.

“Scotland has been clear from the start that we condemn Russia’s unprovoked, illegal invasion of Ukraine. Scotland stands for democracy, human rights and the rule of law at home and abroad.

“We have become a place of refuge and sanctuary for displaced people from Ukraine, and have done all we can to get help those fleeing the country to escape the violence.

“This further funding is to assist Ukrainian armed forces to fight Russian aggression and the unspeakable brutality being perpetrated.

“We have agreed to providing funding on this occasion given the clear need to maximise the international effort to support Ukraine. However, we are clear that this must not be seen as any kind of precedent which leads to devolved budgets being used to help pay for clearly reserved policy areas.”

The Chief Secretary to the Treasury asked devolved authorities to either offer up a contribution or to take a reduction in the consequentials provided as part of the block grant from the UK Government.

Financial aid of £4 million has already been provided to help provide basic humanitarian assistance in health, water and sanitation, and shelter for those fleeing Ukraine.

In addition, five consignments of medical supplies have so far been sent by the Scottish Government to Poland for onward transport to Ukraine, totalling 156 pallets worth almost £3 million.