At the end of 2015, Newton Stewart and Minnigaff were hit by a devastating flooding event in which the town’s Sparling Bridge was cited as a contributing factor.

In November 2016, the footbridge, which linked Newton Stewart and Minnigaff, was removed in sections from its abutments after in was found that the height of the bridge acted like a dam after debris was washed downstream towards it.

Engineers identified that raising the level of the bridge 1.2 meters could reduce the force of water on the bridge in the event of similar flood conditions.  After lengthly meetings between Cree Valley Community council (CVCC) and Dumfries and Galloway council, two potential site were identified for the Sparling Bridge to be reinstated.

CVCC organised a public consultation which allowed residents on both sides of the river  to vote on where the footbridge was to be located.  They were presented with two options, option A would have the bridge reinstated at it’s original location and option B would see it moved 100m down steam. 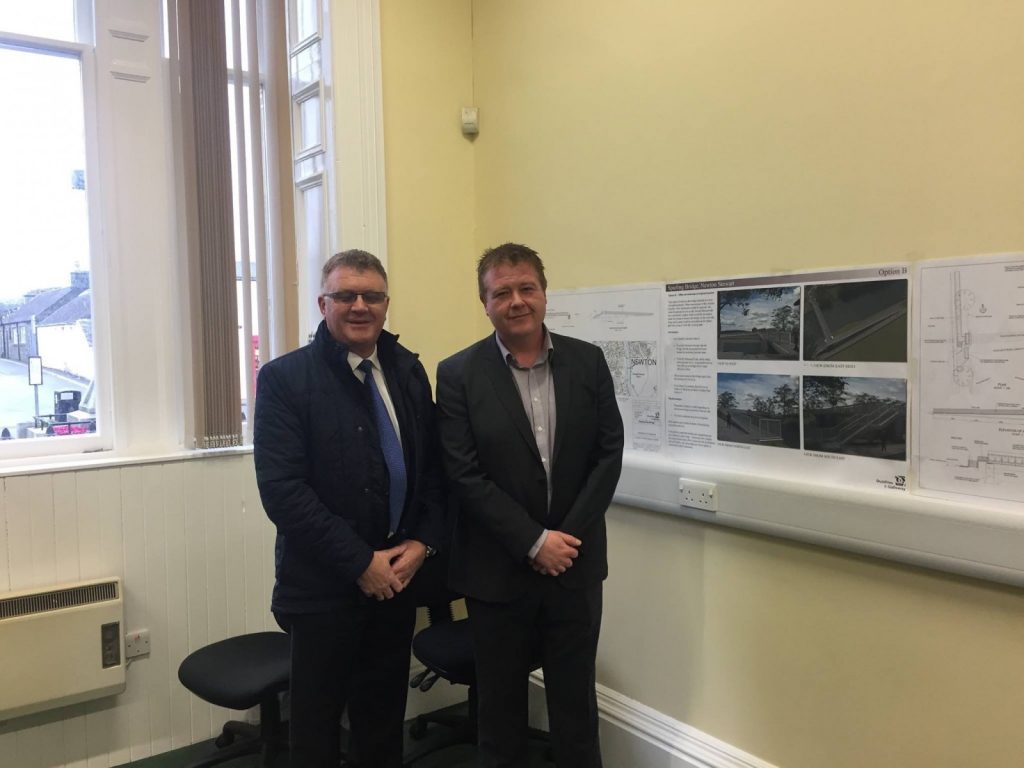 Local MP Richard Arkless attended the final day of the consultation process where it was announced that option B was the residents preferred option.
Commenting, Mr Arkless said:

“I was pleased to be able to attend this important meeting and talk to everyone present about their views on where the Sparling Bridge should be.  Although I was there and took a ballot paper – mine was one of three that were spoiled – as a non-resident of Newton Stewart and Minnigaff it is not my place to have a say of the bridge’s new location.

“It is my role to support the local community on whatever option they feel best serves their needs however I was pleased to see that option B won by 144 votes to 86.  I do think that this new location will help to prevent future flooding events.

“Full credit to Cree Valley Community Council for their hard work in bringing about this consultation process within such tight timescales.”