A75 SPRINGHOLM SPEED CONTROL TRAFFIC LIGHT SYSTEM TO BE UPGRADED 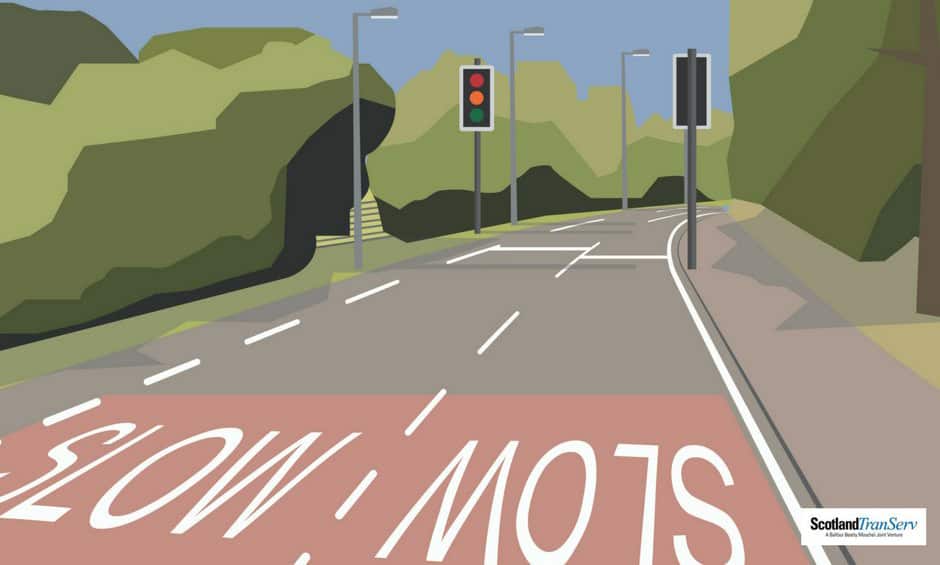 To further improve the operation of the recently fitted speed discrimination traffic signals at Springholm in Dumfries and Galloway, Scotland TranServ will install activation loops into the A75 at the east end of Springholm from Monday 11th to Wednesday 13th June.

In order to install the loops it will be necessary to implement daytime single lane closures on the trunk road with temporary traffic lights.

Loops will help to provide a more robust detection system for the village’s innovative reverse speed discrimination traffic signals removing the potential for compliant vehicles being stopped at the lights. The new loops will also continue to provide monitoring information on vehicle speeds to understand the on-going effectiveness of the scheme.

“The signals are having a positive impact on speed through the village, delivering a reduction of up to 13%. Since they were installed 6 months ago, Scotland TranServ has continued to closely monitor the performance of the lights, working closely with Transport Scotland and the local authority.”

The existing Vehicle Activated Signs will continue to help manage traffic speeds and lessen the reliance on the signals. They will trigger warnings on entering the village, and only if drivers continue at excessive speeds along the trunk road, will the traffic signals activate.

“We are pleased that the system has had an impact on managing speed through the village, as it was designed to do. As we outlined at the start, this is an innovative new process for our trunk roads and has required initial calibration. This exciting new phase will provide a more robust solution for local residents and drivers using the A75 through Springholm.”

Works to install additional loops in the west end of the village will be carried out as part of a resurfacing programme being planned for later in the year.

“The issue of the ‘Attitude’ traffic lights at Springholm is one I had raised recently with the Transport Minister Humza Yousaf. I am still waiting for the results on the monitor and assessments that had been carried out in their first 6 months in operation.

“Many constituents have been in touch over how the lights have been enforced, which too often punishes motorists sticking within the speed limit, whilst there is no penalty for those speeding and then ignoring the red lights.

“The improvement works must put an end to this sort of practice and tackle those drivers who are speeding through Springholm and causing misery for local residents.

“I am waiting to hear a further response from the Transport Minister and I will be continuing to monitor the traffic lights at Springholm to see that they are being enforced in the correct way, rather than causing frustration to many drivers.

“I suspect if Transport Scotland had installed the average speed cameras that everyone wanted, we would have seen an increased reduction in speeding and those responsible paying the price.”