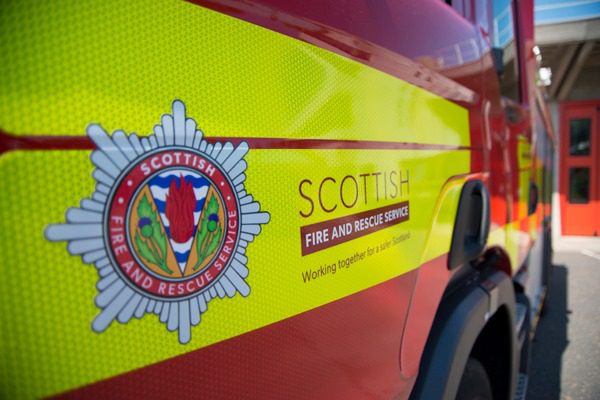 Over the twenty-four-hour period from 7am on Friday, November 26, the Scottish Fire and Rescue Service received more than 900 emergency calls – almost three times the normal number – with more than 500 of these being due to the impact of the severe weather associated with Storm Arwen affecting many areas of the country.
During this same period of time, firefighters were mobilised to more than 500 incidents, many of which were related to high winds, with areas in the North and East of Scotland being worst affected.

The impact of the weather was also felt by the Service, with damage to the roof of Altens Community Fire Station in Aberdeen. On duty firefighters and appliances were deployed to neighbouring stations to ensure fire cover for the area was maintained. In addition, a fire appliance from Galashiels in the Borders was struck by falling trees during the storm while attending an incident and the firefighters were removed to safety with no injuries recorded.

John Dickie is an Assistant Chief Officer in the Scottish Fire and Rescue Service. He said: “This has been an exceptional weather event and a challenging night where we received a high number of weather related calls.

“We have seen high numbers of emergency calls from the Aberdeen, Aberdeenshire, Moray, Fife, East Lothian and Scottish Borders areas where many buildings were damaged by the high winds – resulting in a significant localised response.

“Firefighters also attended a number of other incidents including road traffic collisions and fires.

“My thanks must go to our firefighters and Operations Control staff for their outstanding work overnight in very challenging conditions, and to our partners for their continued assistance.”

For the latest forecast where you are – https://www.metoffice.gov.uk/weather/warnings-and-advice