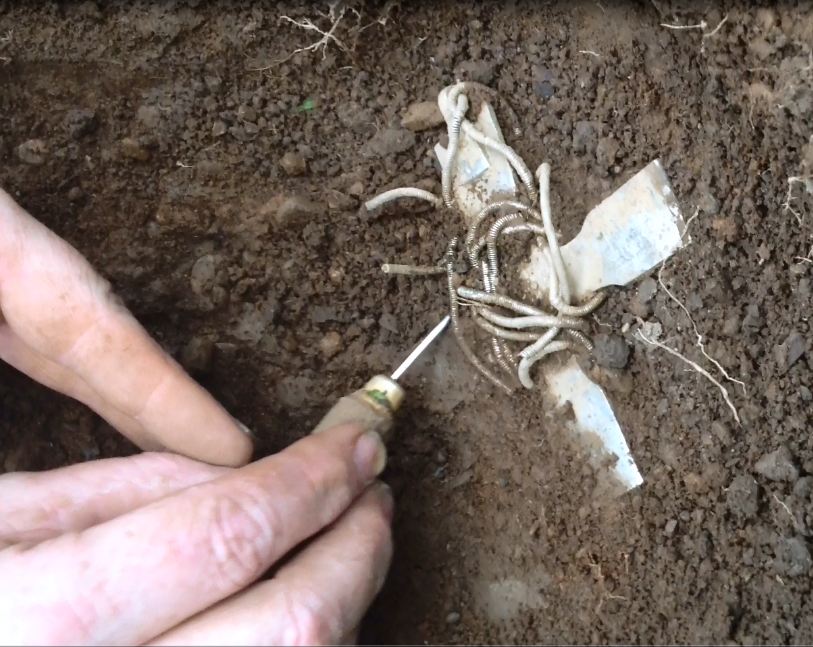 Campaigners are calling for one of the most spectacular Viking hoard ever discovered in Scotland to have its home near where it was found in Kirkcudbright, Dumfries and Galloway.

Launched this week, the Galloway Viking Hoard Campaign (GVH), is backing Dumfries and Galloway Council’s (DGC) proposals for the spectacular finds to have their permanent or regular home in a specially designed exhibition space at the new Kirkcudbright Art Gallery.

GVH supporters are concerned that a rival bid by National Museums Scotland (NMS), which is seeking sole ownership, could see the collection disappear to Edinburgh and become just one small exhibit among thousands of others.

They point to the growing trend for significant archaeological and cultural items to be exhibited locally rather than in capital cities – boosting cultural tourism and enriching a region’s ability to celebrate its own distinctive history.

According to campaign chair, Cathy Agnew, the fact that 2017 is Scotland’s designated Year of History, Heritage and Archaeology makes it an ideal moment for bold, fresh thinking.

She said: “This is a time for Scotland to take the lead. The Galloway Viking Hoard is quite extraordinary and should have pride of place in a specially created exhibition space in the new Kirkcudbright Art Gallery.

“Remarkable finds have so often been whisked away from the communities where they were discovered only to become a small feature in a large national museum. This is a very old-fashioned approach and in 2017 we should be making sure that regions fully benefit from their cultural riches.

“Having a collection of this kind in Dumfries and Galloway would act as a powerful magnet to bring in visitors from all over the country and overseas, benefiting the local economy by encouraging them to spend time here visiting historic sites.

David Devereux, GVH vice chair, says: “Some of the items in the hoard are of breathtaking beauty and could become icons for the region, spurring people across the world to discover more about its distinctive past – and the people, lives, cultures and kingdoms that existed before Scotland was born.”

The hoard was discovered at an undisclosed location in Galloway by a metal detectorist in 2014 and had been deliberately buried over 1,000 years ago.

It includes more than 100 gold and silver objects, some already old when they were hidden. Among them are a unique gold bird-shaped pin, an enamelled Christian cross, decorated Anglo-Saxon brooches, armbands and an engraved Carolingian silver vessel. The items come from across Europe – there are even fragments of Byzantine silk.

Campaign supporters have been urged to send letters of support ahead of two crucial meetings taking place in coming weeks. The first is a meeting of the DGC Communities Committee on 7 March that will decide how best to take forward the council’s bid.

The second is a meeting of the Scottish Archaeological Finds Allocation Panel (SAFAP) which is due to decide the hoard’s future on 23 March.

It is understood that NMS has so far failed to provide any detail or guarantees about how much of the collection would ever be seen in Dumfries and Galloway, or even how often, if its bid succeeds.

If the hoard is given a home in Kirkcudbright, GVH is keen to see agreements reached for it to be displayed at other times in the NMS in Edinburgh and beyond.