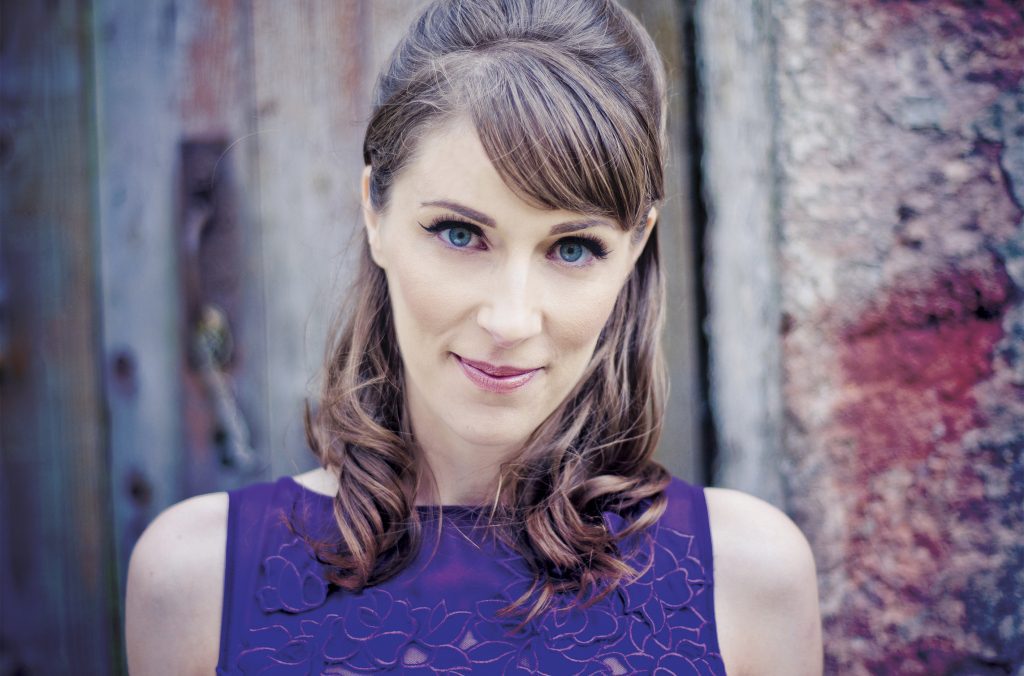 Upper Nithsdale’s community arts centre continues its monthly programme of entertainment with a touring exhibition and a concert by one of the biggest names in Scots trad music today.

The beautiful stitch work of the Dumfries and District Embroiderers Guild is showcased in a special exhibition at A’ the Airts from now until Wednesday, 23 September.
The works formed part of the recent triennial exhibition by the Dumfries and Galloway textile collectives entitled Fabric, Fibre, Thread and exhibited by the guild in conjunction with the Solway Quilters and the Spinners, Weavers and Dyers.
Multi award-winning Scots trad singer Emily Smith makes a rare appearance to the region’s small stages when she comes to A’ the Airts on Friday, 18 September, as part of her Scottish tour.
This is an exceptional chance for the Upper Nithsdale community and Emily’s many followers to see and hear her outside Scotland’s larger stages.
Having celebrated over 13 years as one of Scots trad music’s most distinctive voices, the Thornhill lass begins a fresh chapter in her successful career with a fifth solo album and is one of the seven musicians involved in an historically significant Scottish song project.
Since she was named BBC Radio Scotland’s Young Traditional Musician of the Year in 2002, the accolades keep coming with top awards in the USA Songwriting Competition in 2005, Scots Singer of the Year at the Scots Trad Music Awards in 2008, and two nominations in the 2012 BBC Radio 2 Folk Awards. More recently she won Scots Singer of the Year 2014 at the Scots Trad Music Awards.
Emily has toured the world, thrilling audiences at festivals and stages from across the UK, Europe, Russia, Canada, Australia and New Zealand. Her face has been all over the TV thanks to BBC Four’s Transatlantic Sessions, BBC One’s Songs of Praise, Scotland’s Hogmanay Live, BBC Ulster’s Santer and an exclusive performance for Sky Arts Channel.
In 2013 Emily toured as part of the Transatlantic Sessions’ extended family, singing with the likes of Mary Chapin Carpenter, Eric Bibb and Teddy Thompson – adding to an impressive list of onstage collaborators which also includes Richard Thompson, Eddi Reader and Beth Neilson Chapman.
Her albums A Day Like Today, A Different Life, Too Long Away, Traiveller’s Joy and Adoon Winding Nith established Emily as both an adroit interpreter of old songs and an accomplished crafter of original material. In 2013 she released her best-of collection Ten Years, marking a journey that’s already seen her described by The Guardian as Scotland’s “most impressive young songwriter.” Her latest album, Echoes, is out now.
Emily will be accompanied on the night by “awesome” fiddle player, Jamie McClennan.
The concert begins at 7.30pm. Doors open 7pm, tickets are £10 and there will be a licensed bar. Further information from www.all-the-airts.com
To book tickets, call 01659 50514 or pop into A’ the Airts on 8-12 High Street, Sanquhar.