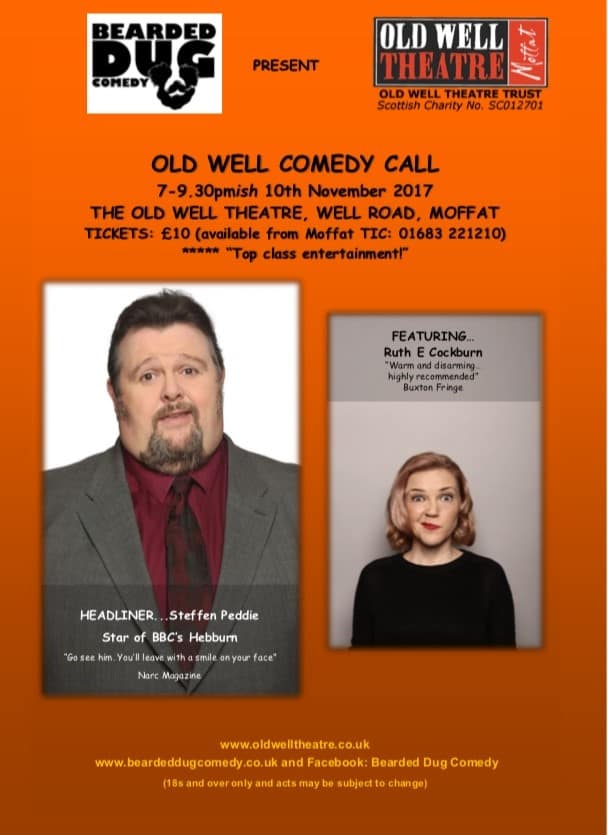 The first Comedy Call takes place on Friday, 10th November in the Old Well thatre in Moffat, Dumfries and Galloway, with another evening of laughter planned for early February.  The headliner for the November gig is Steffen Peddie, with support from Ruth E. Cockburn.

Steffen is a stand up comedian, as well as being an actor and ex pro wrestler.  Based in Newcastle, he had a role in the BBC 2 sitcom ‘Hebburn’ and can be heard on Metro Radio as well as BBC Newcastle’s radio Breakfast Show.

Ruth is a comedian, writer, musician and theatre practioner. “Now I write plays, sing in cabaret shows, do street art and perform in comedy clubs up and down the country.”  An Edfringe review describes Ruth’s stand up as “both clever and hilarious in style.”

For ticket info Click HERE please contact either myself or Paula Gilfillan of the Bearded Dug – paula@berryconsult.co.uk – www.beardeddugcomedy.co.uk