Home Entertainment BLOFELD AND BAXTER ‘ROGUES ON THE ROAD’ TO DUMFRIES 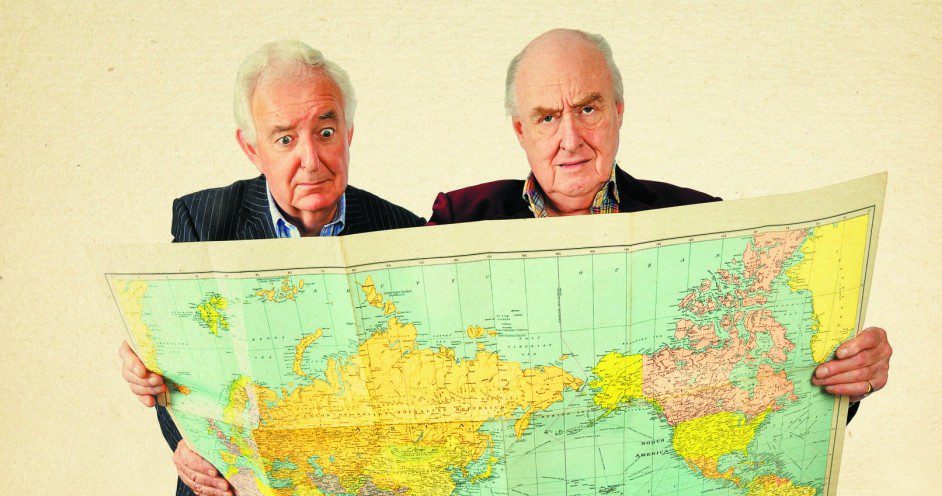 Containing all new tales from the travels of two of the world’s best-loved broadcasters bringing their brand new show ‘Rouges on the Road’ to The Easterbook Hall, Dumfries on Sunday 1st November as part of their UK Autumn tour 2015.

Blowers and Backers are back with Rogues on the Road – a brand new show crammed full of even more wonderful (and occasionally outrageous) reminiscences and anecdotes from two extensive careers spent broadcasting around the globe in search of sporting excellence.
Bastions of the beloved Test Match Special with over 80 years in the commentary box and touring the world between them, Henry and Peter certainly have some tales to tell. The fun, the games and outlandish characters – from Ian Fleming to Noel Coward – spread well beyond the confines of any cricket ground or studio.
2015 sees a completely fresh set of hilarious stories, after three years of playing to packed houses across the UK, including two successful seasons at the Edinburgh Fringe Festival, earning rave reviews and captivating audiences of all ages.

Henry ‘My Dear Old Thing’ Blofeld is one of Britain’s most loved and recognisable broadcasters and in 2014 also appeared on ITV’s The Chase and BBC’s Room 101. He continues to delight an army of TMS fans.
Peter Baxter was in charge of Test Match Special for 34 years – a schoolmaster trying to keep some very errant students in line.
Between them they’ve seen plenty of shenanigans across the years and across the globe, so come ready to be shocked and entertained by good men behaving badly.
www.blofeldandbaxter.com

Book your tickets now at eventbrite!