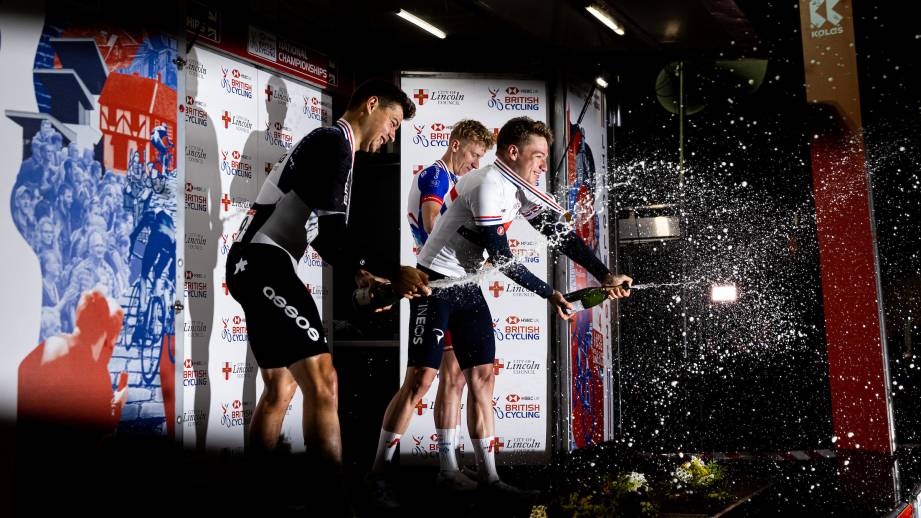 British Cycling is pleased to confirm the broadcast details for next week’s British National Road Championships in Dumfries and Galloway, which will offer fans across the world the opportunity to watch flag-to-flag live coverage of the circuit and road races on GCN+, Eurosport Player and YouTube, in addition to full highlights from the event on ITV4.

This year’s event will once again see the time-trial, circuit and road race championships brought together into a scintillating week of racing, from Thursday 23 – Sunday 26 June, with a stellar cast of riders including Mark Cavendish, Anna Henderson, Ethan Hayter and Pfeiffer Georgi battling it out for the coveted national champions’ jerseys.

For fans not able to watch the races unfold from the roadside in Dumfries and Galloway, the racing can be viewed in the following places:

Coverage of the circuit and road races will be presented by Ned Boulting, with race commentary provided by Matt Stephens and Hannah Walker.

“We’re delighted to once again be able to offer extensive coverage of next week’s championships to fans across Britain and further afield, helping us to further raise the profile of our major domestic events and showcase the unique thrills of time-trial, circuit and road racing in the beautiful surroundings of Dumfries and Galloway.

“While we know that all eyes will be on the racing, I’m sure that the historic backdrop of the Crichton Estate, the harbour views in Kirkcudbright and the winding lanes of Castle Douglas will have many fans at home plotting their own trips to the region, particularly as it looks ahead to hosting the para-cycling road events at next year’s UCI Cycling World Championships.”

Coverage of the events will be provided by Century Television, which has 15 years’ experience of working in cycling as host broadcaster for the Tour of Britain and Women’s Tour, Tour Series and Prudential RideLondon.

The routes for the time-trial, circuit and road race championships can be found here, full details of the riders vying for the coveted red, white and blue national champions’ jerseys can be found here and full road closure information can be found below. British Cycling would again like to thank our event partners, Dumfries and Galloway Council and EventScotland, for their support in bringing the event to the region.