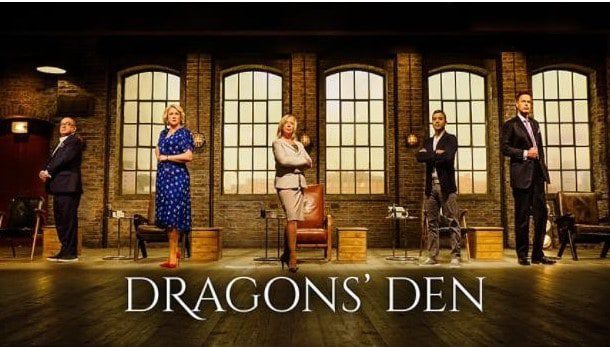 A hungry new generation of entrepreneurs has emerged over the last 12 months – and the shrewd stars of Dragons’ Den have been quick to capitalise on the business ideas boom with record pledges.

TV’s savviest tycoons pledged a record-breaking £2.1 million on new businesses during the latest series – an increase of almost 10 per cent on the previous best.

Applications to appear on the new series were up by a fifth, with 42 per cent more women appearing and entrepreneurs from a BAME background up by a third.

And the stars of the show were in no doubt the pandemic has increased the calibre of wannabe tycoons, who upped their game in terms of appearance, pitch spiel and confidence in front of the experienced business stars.

With necessity the mother of invention, pitchers arrived in the Den with a series of pandemic-inspired ideas, including a husband-and-wife team with the needs of NHS workers at the heart of their skin care business.

On top of this, a pair of tea entrepreneurs find themselves in hot water when their numbers are interrogated, while an optical inventor catches the eye of the Dragons with his anti-glare glasses.

Peter Jones, the last remaining Dragon from the first series in 2005, has pledged around £6 million during his time on the show.

He said: “The pandemic has driven a lot of people to look for different sources of investment, particularly digital businesses.

“The quality of the pitches has really gone up a level this year, it really hit me how good they were.

“It’s been a pretty tough time being in lockdown, but it has given people more time to think and reflect.

“It felt like the entrepreneurs coming into the den had much more time on their hands to really refine and hone their pitches and think about their businesses, so when the lift doors opened, they were ready.

“Some of the dragons were offering the entrepreneurs exactly what they asked for, because they were so keen, I wondered what was going on.”

Dragons’ Den, now in its 18th series, has followed Top Gear by moving to BBC One for the first time in its history, with the first episode airing on Thursday at 8pm.

And new research by Dragons’ Den to coincide with the new series revealed how the millionaire investors could be braced for an even greater influx of potential entrepreneurs.

A survey of 2,000 UK adults who don’t currently own their own company revealed one in five think they have what it takes to be a top-level business tycoon.

Long-serving Dragon, Deborah Meaden, who has invested almost £5 million on show pitchers, added: “It’s good to see that most of those surveyed understand that running your own business is definitely not 9 to 5. If you love it you’ve got to live it.

“Most also understand the need to be direct and take the tough decisions but the minority who believe it’s important to be ruthless need to understand tough is different to ruthless.

“As for the investing after a five-minute pitch, well that either takes years of experience, specialist knowledge or more money than sense.”

The research found one fifth (22 per cent) would be multi-tasking magnates, feeling that one business isn’t enough and that they would want to be involved in multiple enterprises.

More than a quarter (28 per cent) think they would be a ruthless businessperson, while 22 per cent said they wouldn’t let anything legal stand in their way of making a profit.

There is no time for mincing words for 44 per cent of respondents, who will tell someone straight away if they’re not interested or happy with them.

Almost half (47 per cent) wouldn’t think twice about sacking a friend from their job at their business if they weren’t performing their job to the required standard.

But just 15 per cent say they’d be the sort of person who would be happy to invest personal money in a business after someone gave you a five-minute pitch.

Jones and Meaden are joined on the show by returning Dragons Touker Suleyman, Sara Davies and, for his final series, Tej Lalvani.

Fellow Dragon Sara Davies said: “Lots of people have used the ongoing pandemic as an opportunity to set up a new business and it’s great to see this kind of enthusiasm radiating from the survey results, with 22 per cent of people saying they would want to be involved in multiple enterprises.

“Being involved with different sectors is exciting, but extensive research and really knowing your customer base are key.

“I’m also pleased to see that the majority of people recognise that being an entrepreneur and establishing a business is a 24/7 activity. If you want to make it – you have to live, sleep and breathe it.

“However, hard work and dedication always pays off and reaping the rewards of your own efforts is worth it.”

People who are unsure which Dragon they most identify with can take a short quiz here which tells them whether they’re likely to be Peter, Deborah, Touker, Tej or Sara.

The new series of Dragons’ Den starts Thursday 1 April, 8pm on BBC One and BBC iPlayer.