Dumfries Musical Theatre Company will be performing Chess at the Theatre Royal Dumfries from Saturday 9th May to Saturday 16th May 2020 at 7.30pm, with a Matinee performance only on Sunday 10th May at 2.30pm.

Tickets are £14 with a reduced price of £12 on Saturday 9th and Monday 11th May and are available online from ticketsource.co.uk (http://bit.ly/chessdmtc) as well as the Theatre Royal Dumfries Box Office and Midsteeple Box Office.

Written by great musical lyricist Sir Tim Rice, with music by ABBA songwriters Benny Andersson and Björn Ulvaeus, Chess will be performed at the Theatre Royal Dumfries this May.

Performing at the Theatre Royal Dumfries from 9th May to 16th May 2020, this highly acclaimed musical is set around a chess tournament between two grandmasters, one American, the other a Soviet. Between them, apart from a chess board, is a woman who manages one of the men, and who falls in love with the other.

From Tyrol to Thailand the players, lovers, politicians, CIA and KGB make their moves to the pulse of this monumental rock score, including international hits such as “One Night in Bangkok” and “I Know Him So Well”.

Directed by Stewart Cameron, Musically Directed by Christopher Watt, and Choreographed by Amy McCreadie, Chess promises to be a night to remember!

“Chess is a challenging show for all concerned as it is a sung through piece. However everyone is rising to this challenge and we are in the midst of putting together a wonderful production which everyone needs to come and see!”

Ren Fourteath, playing Florence Vassy, had this to say:

“This is a part I’ve been waiting 30 years to play; ever since listening to the soundtrack cassette in my parents’ car on long journeys from about 1988 onwards, I’ve loved the part of Florence.

Chess is my favourite show and I’ve performed songs from it at concerts for decades, so the chance to sing those wonderful duets with actors and vocalists like Jason, Katie and Ruairi is amazing.

Our story begins as American grandmaster chess player Freddie Trumper, the current world champion, arrives in Merano for the Chess World Championships. When put to the test by Russian grandmaster Anatoly Sergievsky, it’s more than just chess and pride on the line, as a love triangle develops between the pair and Trumper’s second, Florence. 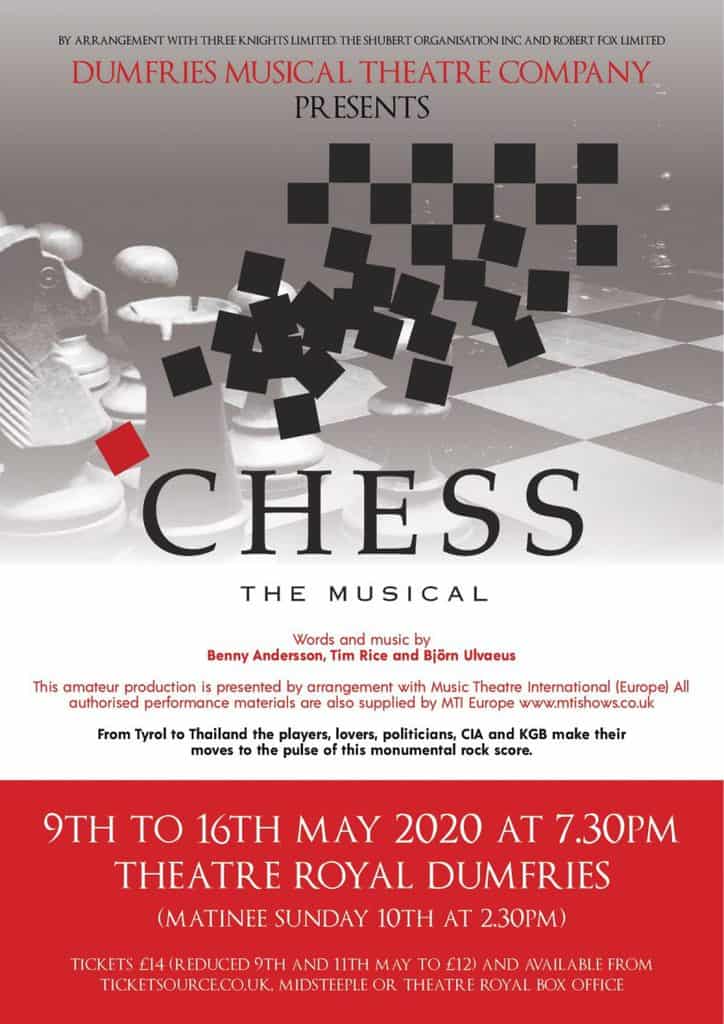