The unique social experiment that has gripped audiences is back and is coming to Gretna Green on the 15th of January 2020! The Murder Trial Live puts audiences into the heart of a murder investigation that has been unsolved for 16 years, in an experiential dining event.

The Murder Trial Live 2020 event will see guests take their seat as jurors in the murder trial of The Brewer Brothers. After a two course dinner guests will witness barristers cross examine witnesses and experts and review physical evidence before providing their final verdict on whether Paul Sutton is guilty of murder of The Brewer Brothers.

The case examines the case of the Brewer Brothers who vanished without trace in 1993. Their bodies later discovered underneath the University of York; the murders went unsolved with no DNA link to their killer. In July 2019 Paul Sutton was pulled over for speeding in Glasgow, Scotland where his DNA positively matched to that recovered on the boys remains. DCI Karen Hardy subsequently charged Paul Sutton with the murder of the boys back in 1997. Paul Sutton stands trial for murder this January, where the trial is expected to last for four months. The question for our jury is did Paul Sutton murder the Brewers Brothers in 1993? 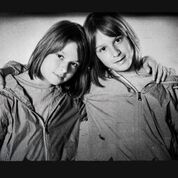 The event, which takes part in Gretna Green on January 15th 2020, is the brainchild of Birmingham business entrepreneur, and Dragons Den winner, Samuel Piri, 30, who came up with the idea after being inspired by the rise in popularity of true crime documentaries like Making A Murderer, The Staircase and Evil Genius.

Sam told DGWGO entertainment News: “There’s a real current appetite for crime and justice programmes at the moment and we wanted to test how fit for purpose our justice system is in this modern age. The fascinating thing about this experiment is that the same trial and evidence could produce different verdicts in different locations – it’s fascinating.” The fate of a man is literally in the hands of the jury.

The success of last year’s show has also seen the company tour a European leg in Ireland &
Amsterdam and this year we are back with 101 dates in 53 cities in the UK & Ireland. The
experience has been written with a team of leading criminal barristers and a great deal of
research and consideration has gone into the build of this concept to ensure its realism.

The concept has also had criminal barristers feed into the case to ensure its authenticity.
There are limited tickets available for events across the UK in 2020. The Murder Trial Live will feature this Christmas on BBC2.”

Jurors can sign up to take part by clicking HERE

Doors open at 6.30pm. Please arrive no earlier than 6.15pm and have your tickets ready for scanning.

Dinner is served between 7.00pm – 8.00pm. You must have arrived and scanned in before 7.00pm, otherwise we cannot guarantee that you will receive your meal.

There are periods of darkness and music during this experience. No Trobe lighting is used.

The experience will end around 10.30pm, however this may change slightly due to how long the Jury take to deliberate their answer. The event will finish no later than 10.45pm.