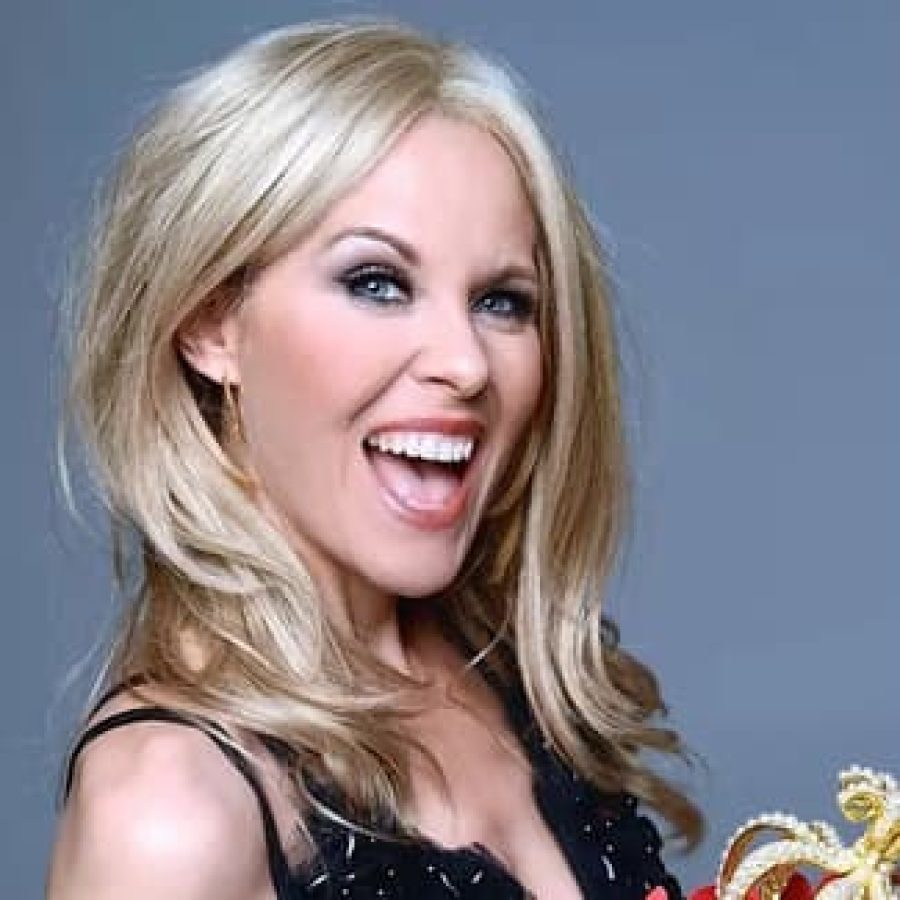 She proved very popular when she first appeared at The Theatre Royal,Dumfries just before lockdown. Now. award winning Rogue Minogue returns to Dumfries to headline the show ‘An Evening with Kylie’ on Saturday 22nd. October to benefit local charities.

Featuring the outstanding award winning performance of Cheryl Hadley, Rogue Minogue is a premium quality tribute to the ever popular Princess of Pop delivering an uncompromising approach to detail.

Providing a set of hits from the early days when the world was first introduced to Kylie’s debut on to the pop scene through to the current collection of number one hits making this tribute the best party on the pop planet.

Her performance has wowed audiences all over the UK and Europe, singing a series of hits from throughout Kylie’s career making this tribute the best party on the pop planet.

Supporting the star of the show at the Theatre Royal will be local choir ‘Friends of Huntingtons’ charity choir who have performed at many events over the past few years, including the Wickerman Festival, Edinburgh Fringe and also auditioned for Britain’s Got Talent in London.

Rogue Minogue is the only Kylie Tribute act to be officially endorsed by The Kylie Fan Club ‘Team K’.

Cheryl commented “With a comprehensive UK summer festival tour coming to an end, it’s an absolute pleasure and privilege to have been invited back to perform with The Friends of Huntingtons Choir as part of my autumn programme”

“We had a lively night with the fantastic Dumfries community at The Theatre Royal just before the pandemic. It’s time to pick up where we left off and get the party restarted.” I’m so excited to be working with the awesome FOH choir. We’ve got some surprises coming your way”

Tickets for the show are now available from the Theatre Royal’s website. The charity event takes place on Saturday 22nd. October at 7.45pm. Doors open 7pm