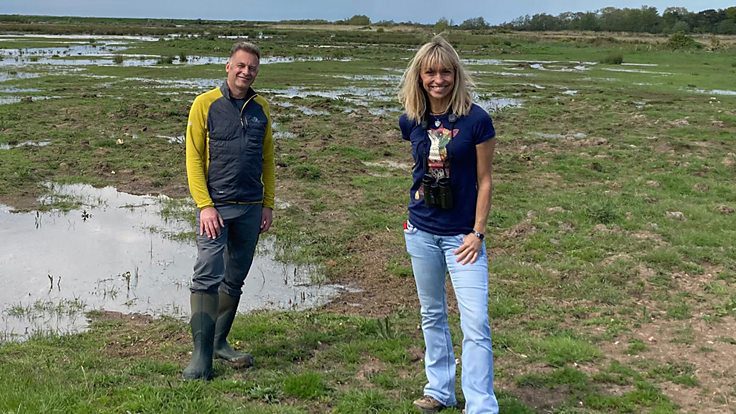 BAFTA-nominated Springwatch is back to inspire and engage audiences to immerse themselves in the best of this season’s wildlife, and enjoy heart-warming stories from nature, from the comfort of their living rooms.

Returning to BBC Two from Monday 30 May, Springwatch brings three weeks of live programming as well as a number of pre-recorded films documenting the season as it has been playing out. This series gives viewers a chance to fully embrace the natural world and encourages audiences to get involved  via social media, asking questions and sharing their reactions.

Most excitingly for viewers, this series is back with dozens of live cameras capturing the unpredictable lives of wildlife across the UK. There will also be Mindfulness Moments filled with videos of the rare pictures and comforting  sounds of nature. Viewers will also get insights into the birth of wild badgers, learn more on the romance of cuttlefish, and get a sneak peek into the homes of one of the UK’s most elusive mammals – the greater horseshoe bat.

Presenter Chris Packham says: “I am thrilled to be back with this year’s Springwatch team, this series is packed with exciting and heart-warming wildlife stories across the UK.

“We have recorded some amazing stories and watched dramas unfold in nests, ponds, and forests across the UK. Audiences will also get a peek into the life of young boars, who explore and affect the forest around them from a very early age. We also have a great story about the breeding journeys of colourful Puffins at Skomer Island.”

Rosemary Edwards, Executive Producer of Springwatch says: “The new season of Springwatch is promising to be a wildlife packed snapshot of the UK during the peak of  the breeding season. We are hoping to celebrate the lives of some of our most fascinating species as they bring us stories of survival in their battle to bring up their young.

“This series will give viewers the opportunity to take full advantage of the restorative power of nature through our Mindful Moments segments, which gives a unique visual and sounds experience . Audiences will also have the chance to learn more about our amazing animal families through real stories, told in real time through our exclusive Springwatch live camera access.”

As always, the show’s presenters invite audiences to join them on astonishing experiences in locations across the UK, enjoying the best of this spring season.

Chris and Michaela will be at Wild Ken Hill in Norfolk, with cameras and stories highlighting the diversity of wildlife in the area.  Uniquely for this season, remote live cameras will be rigged on a bee colony, offering special insight into their society and hierarchy too.

Megan McCubbin will take viewers on a spring road trip across the North of England, travelling from wild Kielder Forest, to Hauxley Nature Reserve and then concluding her journey in Newcastle.

Finally, Iolo Williams is returning to one of his favourite wildlife havens of all time, the Isle of Mull, which is home to 22 pairs of white-tailed eagles and 30 golden eagle territories, as well as a wide range of marine life.  Iolo will also immerse himself in the beauty of a wild meadow, meeting the invertebrates and small mammals that reside in it, and meet a local adder expert who has been collecting data on these snakes for more than a decade.

Mindfulness Moments will feature in every programme, and will have a 90-second film of pure nature, without music of voice-over, allowing viewers to immerse themselves in natural sound and glorious pictures, from frolicking fox cubs to the crashing waves of the Cornish coast.

Springwatch will air on BBC Two and iPlayer from 30 May.

Springwatch is produced by BBC Studios in partnership with The Open University and was commissioned for the BBC by Jack Bootle, Head of Commissioning, Science and Natural History. The Executive Producer is Rosemary Edwards for BBC Studios.